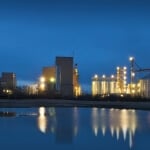 Louis Dreyfus Canada now owns 100% of its 2,500-tonne per day Yorkton, Sask., canola crush plant. The company has bought out the minority interest from Mitsui & Co. According to a press release sent today, “Louis Dreyfus Canada and Mitsui determined, after a review of the Yorkton investment, that this transaction best served the interests of both companies as they continue and further develop their commercial relationships.”

According to Brian Conn, Louis Dreyfus Canada’s Vice-President, Oilseeds, the company anticipates a seamless transition for customers and suppliers.

“For canola growers dealing with the facility, it will be business as usual,” said Conn in the press release. “There will be no personnel changes at the facility as a result of the transaction and we will continue to provide a high level of service to our growers.”

The facility opened in 2010 with a rated crushing capacity of 2,500 tonnes per day, however Louis Dreyfus Canada plans to increase capacity to 3,000 tonnes per day by this winter, making the Yorkton facility one of the highest-capacity canola crushing plants in North America.

The cumulative benefits for Canada’s canola crop from CPTPP