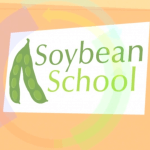 Only a few months ago, soybeans were the darling crop of nearly every farmer from Manitoba to Alberta. The crop could do no wrong, it seemed, and everyone wanted a piece of this nitrogen-fixing pie. Acres in Manitoba were set to surpass a million if you asked someone in January, but here we are in mid-April, with snow and cold sticking around. We are destined for a late spring in 2013 — do soybeans still make sense? After all, due to soybean daylight sensitivity and new shorter season varieties, the crop is a slam-dunk in the west…right? Well, no, actually.

In fact, soybeans are still a rather risky crop for much of Western Canada. In this video, the first of the Soybean School West episodes, Dennis Lange, of Manitoba Agriculture, Food and Rural Initiatives, separates fact from fiction on how daylight sensitivity works with soybeans, why short season varieties are a must for most regions and why even these varieties may not mature in an average western Canadian growing season.

For more on growing soybeans in Alberta, click here.

For more on growing soybeans in Saskatchewan, click here and here.