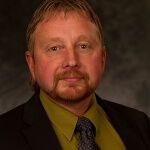 It’s already cost the Canadian hog industry a billion dollars, but Country of Origin Labeling, or COOL, is not done with hurting the hog industry just yet. At least that seems to be the conclusion drawn from the USDA’s proposed “amendments” to the requirement to meet the WTO’s 2011 ruling. As RealAgriculture.com has reported before, the proposed amendments set to roll out end of May seem to make COOL more restrictive instead of less, flying directly in the face of logic.

COOL has hurt the hog industry hard on both sides of the border, as Rick Bergmann, first chair of the Canadian Pork Council, says in this interview with RealAgriculture.com’s editor, Lyndsey Smith. As several commodity groups band together to pressure the USDA to get in line with the WTO ruling, talk of trade retaliation abounds. In this interview, Bergman brings us up to speed on the proposed COOL changes, what retaliation may look like and what may happen if this labeling isn’t sorted out ASAP.

How Much Meat Do We Eat?