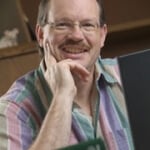 McEwan has been acting interim director since Jan. 1, 2012. Earlier, he was research co-ordinator at Ridgetown. As Ridgetown’s tenth director, he will oversee 120 faculty and staff and an annual budget worth more than $18.5 million.

McEwan joined the Campus in 1990 as a college professor in production economics and agribusiness, and is an adjunct professor in U of G’s Department of Food, Agricultural and Resource Economics.

The university’s press release went on to say:

“I look forward to working with all our community stakeholders in this special leadership position,” McEwan said. “It is a privilege to have the opportunity to work with such dedicated educators and research scientists to advance Ridgetown Campus’s applied mandate that is so valued by our many industry partners, clients and alumni.”

Tyson Foods to spend big on automation in processing plants