The Saskatchewan Soil Conservation Association received $91, 205.00 from the Canadian Agricultural Adaptation Program in early 2012 to build agricultural apps designed for Canada’s prairie farmers. The results of this project are now being announced, with apps very near completion.

This project will produce five agricultural apps for smartphones and tablets that will give producers access to accurate, current, and complex information. Producers will benefit directly from having a new sophisticated decision support tool available for conducting business in the most cost-effective and conserving manner.
– Ag Council of Saskatchewan’s CAAP Funded Projects – January 1, 2012 to June 30, 2012

In this video, Tom Wolf, spray application specialist, outlines one of the six apps under development, an app that helps producers determine the spray quality of the nozzles they’re using, or which nozzles would be suitable for a given application. The app is extremely easy to navigate, with results colour-coded to the American Society of Agricultural and Biological Engineers (ASABE) Standard S572.1. 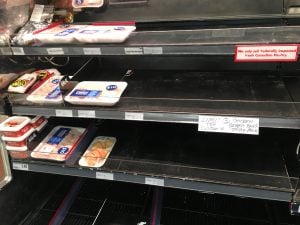