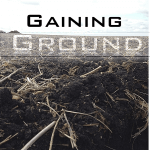 Editor’s note: This is the second part of a series called Gaining Ground. Written by Rob Wallbridge, Gaining Ground is focused on cultural management practices applicable for any production system, with a heavy emphasis on soil management. See the first article in the series here.

What if I told you there were monsters on your farm? Equipped with fangs and stingers, spikes and armour beyond the wildest imaginings of the best sci-fi writer? No? What if I admitted they were microscopic and lived by the thousands in your best soils?

My last article discussed some of the benefits of soil biology. Before talking about their care and feeding, I thought it would be a good idea to introduce the cast and crew. A healthy soil is an incredibly complex, diverse environment, highly-populated with a huge range of micro-organisms, most of them belonging to the following groups:

Bacteria:
Bacteria are the smallest and often the most numerous organisms found in the soil, particularly in crop fields. Generally, they have a life cycle of about 24 hours, and are the first to colonize and multiply in disturbed soils. As such, they are very adaptive and can cycle nutrients very quickly. “Green” material, like fresh crop residues or raw manure, is their preferred food source.

Fungi:
In wet years, fungi can get a bad name for the infections they cause in crops like wheat, but the fact remains that 90% of the fungi in the soil are beneficial (and high populations of “good” fungi will often competitively exclude the bad ones, particularly in healthy, well-structured soils). Fungi break down woody material (think “brown” for fungi food), and their hyphae both hold nutrients and bind soil particles into larger aggregates, increasing soil structure and preventing erosion. Mycorrhizal fungal associate with plants roots effectively increasing their surface area and consuming sugar from the plant in return for supplying nutrients to the roots. Mycorrhizal fungi increase chlorophyll content and boost nitrogen, phosphorus, calcium, boron, zinc, and copper uptake in plants.

Protozoa:
Protozoa are next in the soil food chain. They consume both bacteria and fungi, releasing the nutrients stored in their bodies (bacteria are particularly good sources of nitrogen). The nutrient cycling work of protozoa and higher life forms is what drives all of agriculture, especially in the absence of high levels of soluble fertilizer.

Nematodes:
Nematodes look like microscopic worms, and like fungi, most of them are actually beneficial, although their mention often brings up negative associations. Both nematodes and protozoa cannot move independently in the soil: they must move in water films, which means that good soil structure and a “continuous pore network” is essential.

Microarthropods:
These are the “monsters” I alluded to above. If you ever want to get your kids excited about soil science, look up some microscope images of microarthropods: it’s like Jurassic Park come to life! Species like mites and springtails are the “tanks” of the soil – chewing up everything in their path, including organic matter, bacteria, fungi, and protozoa. They can increase debris breakdown in the soil by 23%, leaving behind nutrient-rich pellets.

Enchytraeids:
Encytraeids are tiny, clear worms (visible to the naked eye) that live in clumps in the top 4 inches of the soil. They actually produce more plant- available nitrogen than earthworms.

Soil life becomes much more recognizable and appreciated once it can be seen with the naked eye. Earthworms are the superstars of soil health, and not without good cause (the richest soil in your field will be found coating the outer layer of earthworm burrows), but the full range of species needs to be represented to achieve optimal soil health. Next up: managing this subsurface menagerie!

Gaining Ground: Digging Deep on the Impacts of Tillage

Gaining Ground: Feed the Soil to feed the Plant

Gaining Ground: The Secret to Top Quality Haylage and Silage

Rob Wallbridge is an organic farmer from Quebec. He is also a father, extensionist, writer, speaker, and rabble-rouser. He advocates for high-quality organic food and informed communities in agriculture and beyond. He strives for balance in all things and is always happy to answer questions and engage in intelligent conversation. Rob blogs at The Fanning Mill and tweets at @songberryfarm

The Canadian Cattlemen's Association (CCA) has been long-served by Bob Lowe as president, but upon his retirement from the role, Reg Schellenberg has stepped in. Heading in to the change in leadership, the cattle industry is healthy but with certain challenges ahead, including escalating input prices, severe drought, and a shrinking cow herd. Succession and…