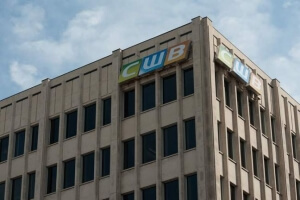 CWB and Prairie West Terminal Ltd. (PWT) announced today that they have entered into an arrangement agreement whereby CWB (through a wholly-owned subsidiary) will acquire all of the issued and outstanding common shares of PWT, excluding shares owned by CWB and its affiliates (“PWT Shares”). The deal is worth just over $43 million, according to a CWB press release.

“We are excited to announce this agreement with Prairie West Terminal,” said CWB president and CEO Ian White. “PWT has a solid reputation with its farmer customers, and in the community at large. CWB values farmers in this community and intends to foster the relationships that the organization has built with local farmers and the surrounding community” said White. “This purchase strengthens CWB’s growing network of assets across Western Canada and represents the first opportunity farmers will have to deliver grain to a CWB owned elevator.”

Completion of the Transaction is subject to court approval and is expected to close in June, 2014.

This past summer, Burger King released a rather distasteful advertisement, claiming that a lemongrass feed additive would reduce the amount of methane from cow farts. The ad was changed back in July, with a resulting apology to ranchers, and a review of their feed additive study. In the latest instalment of their advertising campaign, farmer,…