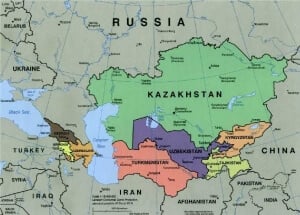 Grains are seeing more premium priced in this week as the complex continues to deal with cold weather in North America and the political unrest in Eastern Europe. Due to depreciating currencies and affordable financing available, it’s expected that grain and oilseed acres and production in the Black Sea will decline significantly from last year.

Creating worry on this side of the Atlantic is fertilizer availability. Like grain, fertilizer cargoes are falling victim to railroads carrying crude oil and other freight and, as such, storage sheds at crop input facilities are fairly bare just a few weeks from drills hitting the fields. Further compromising the situation for Canadian producers is the fact that an unplanned shutdown at the Agrium nitrogen fertilizer plant in Carseland, Alta., will remove about 100,000 tonne of urea and 20,000 tonnes of ammonia from the market. As such, the grain trade seems to be less concerned about acres getting planted (in the right conditions, anything is possible!) but the inputs that will help that crop grow.

Soybeans are at a ten-month high following the announcement that U.S. crushers used 153.8 million bushels of the oilseed in the month of March, well above the 141.6 million in February and the 137 million in March 2013. While domestic demand is strong, the U.S. Soybean Export Council’s Beijing office says that China may default on as many as two million tonnes of the oilseed this year. Traders in China are saying they can’t afford to buy any new soybean cargoes and will default on any others en route or planned to be shipped as demand in the People’s Republic has fallen and the cost of getting a Letter of Credit has increased to 20-30 per cent deposit of the deal’s value, versus the usual 10. With so many companies suggesting default on their shipments, prices will likely be renegotiated lower on the shipments and could put downside pressure on the futures market.

Also of issue is that the U.S. National Grain & Feed Association saying that China has actually rejected 1.45 million tonnes of corn since November, not just the one million tonnes originally suggested. China still hasn’t approved Syngenta’s MIR 162 trait and the zero-tolerance policy by China has cost U.S. exporters at least $2.9 Billion in DDGs, soybean, & corn revenue so far this year, and potentially $3.4 Billion in the 2014/15 crop season. Ironically, Vipterra, the corn variety containing MIR 162, is a hot seed item this year in the U.S. as its drought and disease-resistant characteristics make it an optimal option for drier years.

I attended the Canadian Global Crops Symposium in Winnipeg this week. Of note, Monsanto Canada said that there’s as much 26 million acres in Western Canada that could be planted with shorter growing season varieties of corn and soybeans (over $100 million has been invested so far by various companies). On the flip side, should corn and soybean acres increase in Western Canada, it’ll likely come at the disposal of cereals and pulse acres. That in mind, Canada has a strong reputation for excellent quality wheat and that we are a major grower & supplier of things like chickpeas and mustard. The question then becomes, do we give up our competitive advantage in many export areas to tap into growing new types of crops? Further, are you willing to grow those crops if those varieties aren’t approved yet by importing nations? (I’m sure you can all recall the Triffid issue with flax a few years ago).