If you cannot see the embedded player, click here.

Late April has some farmers in Western Canada dusting off the seeding equipment, and there have even been reports of elusive railcars sighted at elevators. This is the backdrop to which grains continue to trade off of weather and the geopolitical situation in Eastern Europe.

Concerns China will default on even more South American soybeans is moving the oilseed market, prompting at least a few shipments to get re-routed to the U.S. For corn, U.S. exporters last week shipped out the most volume they have in the last 24 years as other main suppliers Brazil and Ukraine deal with port congestion & increased cost of doing business. Finally, wheat continues to see premiums built into the market due to poor U.S. winter wheat crop conditions and, again, the situation in Ukraine.

Speaking of Eastern Europe, CWB director of market research Neil Townsend says that after doing a four-day tour of Ukraine, the crops are looking good and that yields could actually be better than last year. While overall acres in Ukraine are likely down a little bit (especially for corn), agronomy-wise, it’s a good season. Conversely, politically and economics-wise, it’s not a good season, and so while grain will continue to get sown, grown, & harvested, its ability to get into the world pipeline will add uncertainty to the market (AKA volatility as premiums get built up and sold off erratically).

On April 24th, Statistics Canada released its acreage estimates for plant ’14 and according to the survey of 11,500 Canadian farmers, we will see more pulse crops get planted but less canola and other coarse grains. Total wheat acres for this year are seen at 24.77 million (-4.8 per cent year-over-year) while canola acres are seen dropping slightly from last year to 19.8 million. Corn and barley acres are also seen dropping to 3.67 million (-8.6 per cent) and 6.3 million (-11 per cent) respectively.

These acreage declines will go to pulse crops and non-canola oilseeds. Specifically, pea acres are seen growing 21 per cent to almost four million and lentils acres are expected to increase by 19.5 per cent to 2.86 million. Soybean acres are seen rising 16.5 per cent to 5.26 million, most significantly in Ontario & Manitoba with 1.3 million and 2.8 million acres respectively). Flax acres are expected to steal the show with a 66 per cent increase over last year’s share to 1.72 million acres. Ultimately, this survey was taken over a month ago and while I expect non-canola oilseed and pulse acres to stay close to StatsCan’s initial estimates, it’s likely we’ll see a change in canola and wheat numbers by the end of the seeding season.

Finally, a lot of the market is watching the planting pace of U.S. crops and any weather events that can slow the seeding speed down is usually considered bullish. However, we’re not even yet into the heart of the ideal planting window so any concern should be generally considered premature.

Staying in weather, agencies around the world are increasing their estimates of an El Nino event occurring this year, with the Australian Bureau of Meteorology being the most bullish, saying the extreme weather pattern may develop by July. The regions most affected are in Southeast Asia & Australia as the drier conditions can adversely affect crop production. Of significance for India is oilseed and lentils production potentially falling. Further, palm oil production in Malaysia would likely decline, creating opportunities for other vegetable oil substitutes like canola oil. Keep in mind that while lower global production premiums can get built into the market over time, it only takes a bearish report or two from the likes of the USDA. or a new peace agreement in Eastern Europe to erase those gains rather quickly. 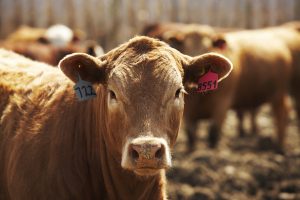 Harvest price pressures starting or ending? — This week in the grain markets