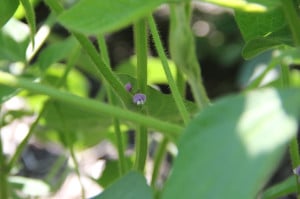 Grains this week were dealt a fairly bearish USDA crop progress report which indicated that the U.S. crop is coming up strong and, generally, in excellent condition. The report indicated that 76% of the U.S. corn crop is in good-to-excellent condition, a start that’s only been topped by the 2012 crop start which put 78% of the crop in G/E health. Food for thought,though: 2012 was also the year of the drought in the U.S. and the hot, dry summer weather was the catalyst for a price spike.

Allendale, an American banker, has suggested the lower moves we’re seeing, specifically in corn, isn’t likely to be over. Using historical data, the firm points out that in the majority of years with similar starts to the crop (high good-to-excellent ratings), “there was a strong straight down move with no stopping until July-August.” That being said, given the price drops of year’s past, Allendale has suggested that the corn number could head to at best, $4.16/bu, and at worst, $3.72/bu. At these levels, the balance sheet might look a little less than graceful.

Further, it’s not expected that a drought will happen in any other growing area this year except in parts of Australia and Southeast Asia due to the likelihood of an El Nino event. Nonetheless, Commodity Weather Group and AccuWeather are both predicting that the weather phenomenon will likely be a weak-to-moderate event and that the impacts won’t be too severe. So while, yes an event will likely happen, it probably won’t cause price swings like 2012 or even 1998 when the strongest El Nino event on record pushed up the average global temperature by 1.2 degrees F to 58.1F (15 degrees Celsius). While you probably won’t need the S.P.F. 100 this year to protect your skin, protecting you balance sheet via some scale selling (10-15 per cent of your production at a time) will likely keep your books in the good graces of the accountant.

Looking back, May was a tough month for the grains complex with wheat leading the way as the biggest loser, down 12 per cent, which would be the biggest fall in a calendar month since September 2011. One of the catalysts for the drop has been U.S. export activity being well behind schedule as it looks like exports will only reach 29.5 million tonnes, not the 32.25 million tonnes forecasted by the USDA. The reality is, compared to the other markets, like the Black Sea supply chain, North American wheat is overpriced. An interesting side note, since the start of its harvest in April, the Egyptian government has bought about 3.5 million tonnes of wheat from its own farmers, roughly 40 per cent more than they had at this time a year ago. As such, it’s suggested that Egypt’s wheat reserves are sufficient until January 2015.

Spanning the globe, crop conditions continue to be favourable across most of the world. The Russian winter wheat harvest will get going towards the end of the month with winter rapeseed and spring barley combining will start a few days after that. Further, with growing conditions generally positive across the Black Sea, it’s expected that new crop wheat will also be severely discounted to new crop supplies from the rest of the world. With crop conditions improving considerably over the past month, the U.N.’s Food and Agriculture Organization hiked its outlook for 2014/15 grain supplies with bigger numbers coming from the usual suspects of Brazil, the E.U., the U.S., and the Black Sea. Generally, the market has “bled out” with crop conditions so positive in most places. Combine this with northern hemisphere harvest pressures and some big, early yield estimates. Ultimately, although we’re still a ways from taking the crop off, it’s hard to pick out any bullish numbers. Thus, the fall from grace/higher prices is relatively justified. 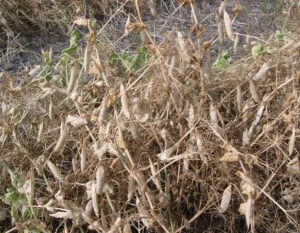 Tips for Pre-harvest Glyphosate and Desiccation

Lentils are the main crop that will get hit with Reglone (diquat) and I will touch on them first. Ideally the staging is so that the lowest third of the plant pods are rattling and the seed itself is hard and doesn’t split; the middle third of the plant will be hard and not juicy,…Read more »

Yield and production speculations — This week in the grain markets

Wheat on an island in the grain market, as early harvest reports come in