In November 2013, CropLife Canada announced Ted Menzies, a long-time Alberta farmer and former Member of Parliament, was set to take the role of CEO and president of the organization on January 1, 2014.

Menzies owned and operated a 5000-acre farm and was heavily involved in agricultural groups, including the Canadian Agri-Food Trade Alliance, Grain Growers of Canada and Western Canadian Wheat Growers Association, before first being elected to represent the Alberta Constituency of Macleod in 2004. Menzies also held positions as Federal Minister of State for Finance and Parliamentary Secretary to the Minister of Finance during his time in public office.

In this episode of the RealLeaders series, Kim McConnell speaks to Menzies about the role agriculture has in Canadian politics and policy. The discussion focuses on challenges and opportunities facing agriculture in its role in government, the steps involved in changing policy and some of the biggest mistakes the agricultural industry makes in its dealings with government.

For past episodes of the Real Leaders series, click here 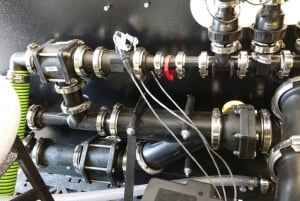 Few farmers would argue that getting more acres covered per hour is a priority during spraying season. The easiest way to cover more ground is to minimize the amount of time the sprayer spends standing still when conditions are conducive for spraying, emphasizes Tom Wolf of AgriMetrix and Sprayers101.com, in this TechTour episode. "A big part of…Read more »