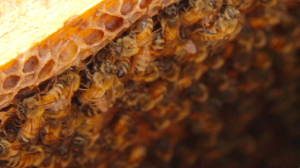 Today, Agriculture Minister Gerry Ritz announced a $1 million investment in a four-year surveillance project to be initiated by the Beekeepers Commission of Alberta. The project will span the country, and will document the health profile of Canadian bee colonies.

“The Beekeepers Commission of Alberta is gratified to receive the support of the federal government in establishing a survey process to monitor honeybee health across Canada,” said Grant Hicks, president of the Beekeepers Commission of Alberta. “This project, which will benefit the Canadian beekeeping industry, will document the distribution and intensity of known and potential diseases, pests and parasites in Canada’s commercial beekeeping industry, and where this information is required to further science-based solutions.”

Thus far, surveillance projects of similar nature have only been done on regional levels. This project will expand that coordination and identify national patterns/commonalities on bee health. It is hoped that besides recording already-present challenges, the project will also identify exotic organisms before they’re established within Canada.

This investment is being made through Agriculture and Agri-Food Canada’s (AAFC) AgriMarketing Program, an initiative under Growing Forward 2 and will expand on previous work done by AAFC, the Canadian Honey Council, the Canadian Association of Professional Apiculturists and international counterparts.

Under the Microscope — What’s Downgrading Wheat?