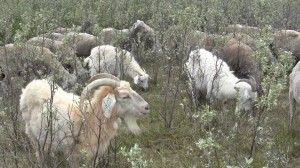 I don’t mean to alarm you, farmers, but your job is in danger.

Career Cast, a job-hunting site, recently released its “Most Endangered Jobs for 2014” with the role of farmer listed in the No. 2 position, faring only slightly better than the much-beleaguered mail carrier. Two things: this is not shocking, nor necessarily negative. Let me explain.

Career Cast tallies its ranking largely based on whether or not certain jobs can be carried out using technology, thus replacing the human element over time. When we look at some other roles on the list — meter reader, newspaper reporter (ahem), travel agent, drill press operator — there’s a distinct difference to the roles. Some roles, like travel agent, are essentially shifted to the average consumer, whereas others, like meter reader, will be automated entirely. Farming, I’d argue, is somewhat different.

An aging agricultural workforce and a long-term trend towards urbanization (the last time there were more people on the land than in cities was the 1920s) means that yes, there are and will be fewer farmers in the coming years. What I find refreshing about this list, however, is that the projected decrease in farmers isn’t because of non-viable business models or a reduced NEED for farmers, it’s because of increased efficiency, technology and doing more with fewer (wo)man hours. That said, urbanites and rural citizens alike need food — we will never not need farmers.

The trend of fewer farmers matters less, so long as the remaining farmers are producing the same or more food per acre. The more troubling aspect to this trend, if it indeed holds true, is the impact on rural communities and the ever-increasing pressure on our land base and that human resource: the farmer and farm employee.

The flip side to this is another list put out by Fast Company — the eight new roles we may see by 2025. It’s a somewhat fanciful list; these jobs won’t necessarily even exist, but current trends are driving us towards needing things like a life-logger and handyman with a 3D printer. Number eight on that list? Urban shepherd; someone to tend the urban hives and keep the composts turning, as farming and food production becomes integrated into urban life.

Sounds like a great job for all those out-of-work farmers, no?

CFA concerned about possible increase in farm bankruptcies in Canada

Is There Any Argument To Be Bullish Wheat?

Beef Market Update: Can you Bank on this Strong Start Continuing?