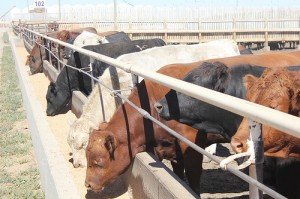 The World Trade Organization’s (WTO) compliance panel has issued a preliminary ruling on the complaint sent forward by Canada and Mexico on the United States’ Country of Origin Labelling rules. The ruling, sent to all three countries, remains confidential.

“In the past, these confidential rulings have been leaked, so they’re usually pretty poorly kept secrets, but this time around, it’s been a well-kept secret,” said John Masswohl, director with government and international relations for the Canadian Cattlemen’s Association, in an interview with Real Agriculture. “It’s preliminary; it gives all three of the governments an opportunity to read through it, there’s a process where they can give some feedback, maybe make some minor corrections to it  — usually not substantive corrections — and the final report will be given to the governments at the end of July.”

Masswohl estimates the documents won’t be public until after the final copy is translated into all of the official languages, likely sometime in September. Then, Masswohl suggests that no matter who the ruling favours, the next step is likely to be an appeal, dragging the debate well into 2015.

But there’s more going on in international trade than the seemingly-never-ending COOL debate. In this video, taken at the International Livestock Congress in Calgary, Real Agriculture’s Debra Murphy speaks to Masswohl about three key topics in international trade: COOL, the Comprehensive Economic Trade Agreement (CETA) and what Canada’s application to move from “Controlled BSE Risk” to “Negligible BSE Risk” through the World Organization for Animal Health (OIE) might mean for trade relations.

Alternatively, have a listen with our new audio-only feature!

Feds deserve support for Made In Canada branding campaign

Broadacre Agriculture, Inc, a division of Pike Management Group, and Wigmore Farms, Ltd., have entered into creditor protection under the Companies' Creditors Arrangement Act, owing more than $46 million to a laundry list of creditors. Under the Companies Creditors' Arrangement Act, companies can "avoid bankruptcy or foreclosure or seizure of assets while maximizing returns for…