Favourable weather continues to hover like a dark cloud over the grain markets as they continue to trek lower, just as meat prices are going the opposite direction. While most prices are relatively unchanged week-over-week, soybean prices did find a bit of a bounce on very strong U.S. export sales (as they say, the cure for low prices, is low prices).

The U.S. corn and soybean crop seems to get bigger every day as average yield estimates continue to move up while the wheat harvest improves with every mile that combines go north. Statistics Canada put out its most recent estimate of this year’s Canadian crop pegged at 71.2 million tonnes, a drop of 21 per cent from last year’s monster. Digging into the numbers, StatsCan sees wheat production at 27.74 million tonnes (-26 per cent), canola at 14.45 million tonnes (-24.4 per cent), and barley at a 32-year low of 7.34 million tonnes. A large proportion of the decline is attributed to excess moisture, leading to disease, insect, and flood losses. It’s likely that some off the biggest losses in Western Canada could come at the expense of oats, pulse crops, and flax. Overseas in Europe, the crops are looking big as well, but there is some concern about quality in the wheat fields in Germany and France (the two biggest producers of the cereal grain in the E.U.). The question that I’m getting asked the most these days is when is the bleeding going to stop?

In the oilseed market, one has to consider the record soybean output in the U.S., a record rapeseed crop in the E.U. of around 27.5 million tonnes, and a well-above-average canola carryout in Western Canada from 2013/14, it’s hard to rationalize higher prices just yet. As for wheat, some analysts are suggesting that an escalating trade war with Russia would be bullish for world wheat prices, as global demand switches to the West. Further, because of liquidity issues in the Black Sea, producers may not be able to afford quality crop inputs (i.e. seed, fertilizer) next year, suggesting that a third bumper crop in a row may be unlikely. Combine this with more of the E.U. wheat crop heading to the feed market, milling wheat prices may have found their bottom.

Back here in the Prairies, excellent weather is reviving some of the crops adversely affected by substantial rains at the end of June, especially in eastern Saskatchewan & western Manitoba. Elsewhere across Western Canada, crops are looking relatively good and that’s why I’m forecasting that total output will be around our five-year averages as poor areas and lost acres are offset by positive crop conditions in Alberta and western Saskatchewan (although it’s still fairly dry in the Peace region still). All the aforementioned in mind, it would be nice to hear comforting lies versus unpleasant truths, but given our transparency-first business model here at FarmLead, we’re not ones to blow smoke. You have to play the game that’s in front of you – not the one you’re hoping for. That being said, no time better than the present to uncover your eyes, take a good look at this bear market, and understand where your grain marketing strategy currently sits. Ultimately, in a bearish world, bounces to the upside should be taken advantage of as these “one-off” events (i.e. new developments in the Ukraine-Russian geopolitical situation) don’t come around every day. 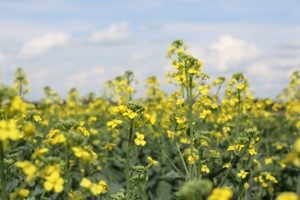 A dose of reality — This week in the grain markets

Accounting For Everything — This Week in the Grain Market

A Tempered Spring? — This Week in the Grain Markets