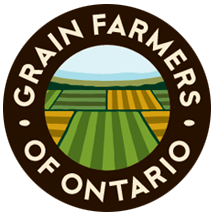 The Grain Farmers of Ontario have been rather busy — from moving in to a new, larger office space, to tackling big issues like announced increased regulation of neonicotinoid use in the province, to potentially bringing new commodity groups under the GFO banner, there’s been no shortage to keep Henry Van Ankum, GFO chair, busy.

“In five years, GFO has really expanded its activity, from research and market development, to agvocacy work, and on to government relations, we have a lot on the go, ” says Van Ankum. And all that “on the go” requires people and space, thus spurring the move to new larger offices on Southgate Drive in Guelph.

Of particular note, Van Ankum says the organization has been actively working on ensuring any provincial government changes in regulation regarding the use of neonicotinoid seed treatments be science-based — a time sensitive and controversial subject, certainly. The group is also keen to take on representation of oat and barley growers, should those farmers growing the crop vote to join GFO, says Van Ankum, noting that adding commodity groups wasn’t ever an expressed goal of the GFO but there is a willingness by the group to do so.

Growers and consumers will be treated to the new Growing Connections 53-foot mobile display at several upcoming events, including Canada’s Outdoor Farm Show and the International Plowing Match, as part of the GFO’s outreach efforts. Van Ankum says thousands of people filtered through the activity centre on Canada Day when it was set up at Parliament Hill. “The feedback was overwhelmingly positive,” Van Ankum says. (See a preview of what consumers will see in the Growing Connections mobile unit here).The Growing Connections trailer will also be featured at the Royal Winter Fair in Toronto in November.

On the big-picture organization side, Van Ankum says the board has been actively involved in the beginnings of both Cereals Canada and the newly-formed Soy Canada group, an organization on the hunt for its first executive director.

Farmers interested in a more thorough update on GFO’s activities should plan to attend the annual general meeting set for September 9, 2014, at Woodstock, Ont. Details here.