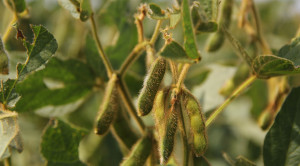 If ever you’ve heard anyone say that new agriculture and food traits aren’t regulated or tested, you’ll want them to watch the following interview.

A key aspect of this year’s Momentum Tour, put on by Monsanto Canada, was the roll-out of two new crop traits — TruFlex canola and Xtend soybeans. Sharp-eyed readers will note that both traits have been approved for some time here in Canada and in some, but not all, export markets. Of particular note, China has not yet approved either trait, pushing the launch of both crop systems back to the 2016 growing season.

Buy, why, you may ask. How is it that Canada and many other countries can approve a trait, but another take so very long? To answer that, Real Agriculture’s Shaun Haney asked Monsanto’s head of regulatory affairs, John Lynch. In the interview below, Lynch explains Canada’s vigorous, predictable and science-based regulatory process in great detail, and contrasts other country’s processes with the same.

To see more of the Momentum Tour, follow this link.

Green Corn Futures and Beer — This Week in the Grain Markets

Ignoring a disputed election — This week in the grain markets

Managing nitrogen fertilizer is a balancing of economic considerations, yield goals, and environmental implications. With both increased fertilizer prices and scrutiny on N fertilizer emissions, this episode of The Agronomists tackles the loss pathways and management tools required to minimize them. Our experts for this conversation are John Heard of Manitoba Agriculture, Peter Johnson of…