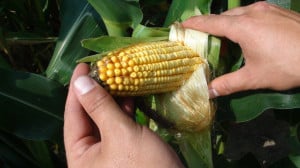 Western grains and oilseeds producers who have been unable to market their crops due to rail transportation challenges and flooding have been granted more time to repay their 2013 cash advances under the Advance Payments Program (APP), the federal government has announced. A stay of default on the repayment of advances for producers who received an advance through the Manitoba Corn Growers Association (MCGA) on their 2013 crops was announced by Agriculture and Agri-Food Canada earlier this week.

The stay of default extends the 2013 repayment deadline by six months to March 31, 2015. Affected producers will have the option to repay their APP advances in cash without penalty. Technical changes are also being implemented to make it easier for all producers to repay their advances by allowing them until the end of the production period to provide proof of sale on any commodity covered by APP.

Producers in Manitoba, Saskatchewan, Alberta and British Columbia who received a 2013 APP advance on their crops through the MCGA are eligible for the six-month stay of default and are encouraged to contact the MCGA for more details.