Initiated by BIOTECanada (the national biotechnology industry association), this week is a dedication to exploring biotech across sectors and across Canada, with events including lectures, tours, networking and workshops (a full list of events here).

Of course, biotechnology has and does play a massive role in agriculture, creating intrigue and courting controversy. RealAgriculture has covered all kinds of stories and articles around biotechnology, within Canada and abroad. You can find a list by simply typing “biotechnology” or “GMO” into the search bar. Alternatively, for the sake of convenience and in light of National Biotechnology Week, we’ve included excerpts from some of our most popular stories, interviews and articles below.

5. Support GM Alfalfa? You’ll Have to Let Someone Know 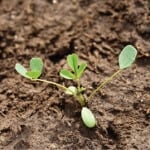 On Tuesday, April 9th, a widespread day of protest will be held against – of all things troubling our country – GM alfalfa. Activists will be gathering at about 20 locales, including 12 in Ontario, to show their opposition to its pending arrival.

The Canadian Biotechnology Action Network, a relatively benign group with agricultural ties to the National Farmers Union, is leading the charge. The network is working to make the public believe farmers neither want nor need Roundup Ready alfalfa.

4. Where Would We Be Without Biotechnology? An Interview with Julie Borlaug

Another day, another petition pushing for a ban of biotechnology in a region. The latest that crossed my desk is one out of Prince Edward Island, seeking support to convert the entire island-province to organic production, banning GMOs and non-organic-approved pesticides.

There’s choosing not to consume GMOs (genetically modified organisms) or support conventional agriculture — a valid choice — and then there’s removing others right to either choose this system or choose to use this technology on their farms — which I don’t see as valid. As consumers and farmers, I think we should continue to have that choice.

I turned to Julie Borlaug, associate director for external relations for the Norman E. Borlaug Institute for International Agriculture at Texas A&M. In the audio interview, Ms. Borlaug and I discuss not just the history of technological advancements in agriculture, but also the very real crop threats both here at home and in growing regions all over the world.

3. An Organic Farmer Walks Into Monsanto…And This is What Happened 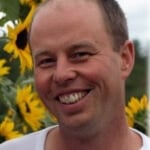 I’d say that I arrived open-minded but skeptical. I expected that we’d be coming from radically different perspectives, and I was prepared to listen to theirs (how else could I expect anyone to listen to mine?). I was also prepared for the “hard sell” — lots of promotional propaganda. What I ended up getting was quite different, and four months later, I’m still digesting it.

2. Why Consumers Hate Monsanto, But Love Their iPhones 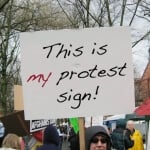 There is even an annual March Against Monsanto, but, I wonder, why no Strike on Syngenta or Down with DuPont? And even stranger, to me, is the argument that a big corporation can’t have the public’s interest in mind.

1. A Ban on Bans — Should Farmers Fight to Enshrine, in Law, Access To Tech? 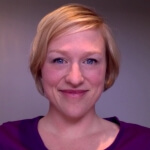 Have we allowed consumer sentiment — based on belief, feelings and an ideal, not science, economics or production realities — too much weight? At what point do farmers stand up and say, “You have your choice of production system, but my choice is valid, too.”

Five reasons you should complete the national food policy survey

Corn School: It pays to invest in planter meter maintenance

Agriculture needs a new plan to connect with the Trudeau government

Today, the Government of Canada published the Clean Fuel Regulations (CFR), which is to replace the previously existing Renewable Fuels Regulations. The new regulations focus on reducing greenhouse gas emissions (GHG). The CFR set increasingly stringent requirements on producers and importers to reduce the carbon intensity of gasoline and diesel, according to a recent news…