“The edible oil refinery is operating and we are testing the crush plant,” confirmed Deb Seidel, a spokesperson for Bunge North America, in an email on Friday.

The new facility is designed to process 2,500 metric tonnes per day — more than double the volume of the old Bunge plant located immediately to the south on the same property in Altona.

Construction of the new plant was announced in October of 2010. It was originally supposed to be completed in time to process the 2012 crop, but the project was held up by delays in equipment delivery and other factors. 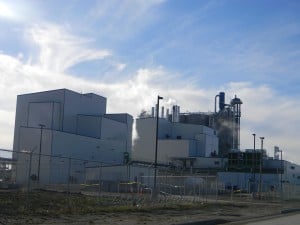 Bunge is seeing increasing competition for canola in southern Manitoba, as a new 1,400 ton per day canola plant owned by NorthStar Agri-Industries came online at Hallock, Minnesota in 2012. NorthStar opened a receiving site at Winkler, Manitoba earlier this fall.

In addition to Altona, Bunge has announced an expansion of its canola processing plant at Fort Saskatchewan, Alberta. The company also has processing facilities at Harrowby, Manitoba; Nipawin, Saskatchewan; and Hamilton, Ontario.

Raise calves in Ontario? Your input is needed

What if it was Wynne? Governments of the “correct” political stripe can make bad policy

OPINION Travel with me to a time not long ago when the government in Ontario was of the red variety. The former premier, at one point, went so far as to also serve as agriculture minister, in an effort, one can only imagine, to show her commitment and respect for the portfolio. Kathleen Wynne's government…