Farmers of North America says its bid to acquire the former Canadian Wheat Board and its grain handling assets has been rejected by CWB’s management.

FNA was looking to raise up to $380 million from Western Canadian farmers to purchase a majority stake in CWB and use its assets to launch a farmer-owned grain and crop input company.

“We simply needed more time to be able to reach out to farmers, but the CWB informed us that they were rejecting our bid,” says FNA spokesperson Bob Friesen in the interview posted above.

CWB rejected FNA’s bid because they failed to meet a deadline, explains Friesen, although he says he can’t divulge the terms of the deadline.

“I can’t comment other than to say we missed a deadline,” he notes. 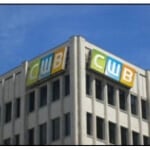 Friesen believes the bidding process laid out by CWB management put FNA at a disadvantage compared to other prospective buyers.

“We were clearly disadvantaged because we had to try to reach out to farmers at the time of  year that we did,” he says. “The information that we were allowed to give to farmers wasn’t adequate. I dare say there is no company that would seriously entertain acquiring the CWB if they had no more information than we were allowed to give prospective investors.”

FNA is still proceeding with plans to establish a farmer-run grain company known as Genesis Grain and Fertilizer, although farmers who committed to investing based on acquiring CWB can now rescind their commitment.