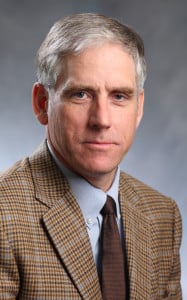 “Jim’s experience with the grains and oilseeds sector, and with agriculture trade and market access issues, will be a huge asset to Canada’s soybean sector,” says Mark Huston, Soy Canada’s Chair. “Soy Canada, with Jim’s leadership, will serve all participants in the soybean value chain and drive growth for the sector.”

The national organization, which was announced in September, brings together all elements of the Canadian soybean sector including producers, processors, commodity and food-grade exporters and seed companies, says Soy Canada. Everson will lead the association as it formalizes its governance and unifies the national soybean industry toward common objectives.

Everson comes to Soy Canada after six years as Vice President, Government Relations with the Canola Council of Canada where he played a key role in market access and trade policy issues and served a commodity value chain association. His experience in policy, communications and advocacy in Ottawa spans 30 years.

“I’m very excited about the opportunity to work with the full soybean industry and help chart a course for growth and prosperity for the entire value chain,” says Everson.

Replacing Everson at the Canola Council will be Brian Innes, who joined the CCC in 2011 as market access manager. He previously worked for the Ottawa office of an international public affairs consulting firm, the Parliamentary Secretary for the Minister of National Defence and an Industry Critic.

Innes will assume the role of vice president, government relations on November 1st, leading the CCC’s work on market access and regulatory affairs.