The Western Grains Research Foundation is kicking off a five-year $4.32 million agronomic research initiative looking at crop production from a multi-crop, rotational perspective. 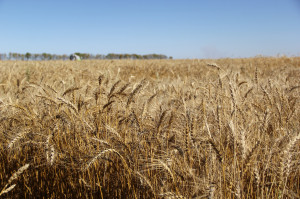 While in Saskatoon on Friday, Agriculture Minister Gerry Ritz and Saskatchewan MP Kelly Block announced Ottawa will match WGRF’s investment of up to $2.16 million in its “Systems Approach to Crop Sustainability” project.

“The reason we’ve taken a little different approach is because there are issues that cut across many crops that Western Canadian farmers grow,” says Garth Patterson, WGRF Executive Director, as part of the interview posted above.

Noting that farmers in Western Canada almost always grow more than one type of crop, WGRF says the study will “lead a much-needed multi-crop perspective that will give a home to research for integrated crops management.”

“The ultimate payoff is better information for farmers, whether the research shows what we think it will or whether it fails,” he says.

The federal funding is coming from the Agri-Innovation Program under Growing Forward 2.

Wheat School: Seed the crop based on kernel weight, not bushels

If you're a wheat grower, chances are you've heard about thousand kernel weight (TKW) and how you should be using the number to fine-tune wheat seeding rates. Seeding will be here before we know it – now is a great time to figure out TKW on each seeding lot. On this episode of RealAgriculture's Wheat…