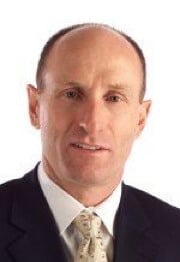 Schmidt is former president and CEO of Regina-based Viterra Inc. Prior to his 12 years with Viterra, Schmidt spent five years with ConAgra Foods, first as president of ConAgra Grain, and then as executive vice president of domestic and international operations. Before that, Schmidt worked at General Mills, from 1982 to 1995.

“This is an important step in the transition project we launched in June 2013, to further reinforce our management structure and governance model,” says Margarita Louis-Dreyfus, chairperson of Louis Dreyfus Holding.

Schmidt is quoted in a press release as saying, “It is a great honor to be joining this 163-year old group, which has become a synonym for excellence in the global agribusiness industry, and I would like to thank the Supervisory Board and Margarita Louis-Dreyfus personally for the trust they show in selecting me as Chief Executive.”

How Does Bill 6 Compare with Farm Workplace Legislation in Other Provinces?