Bill C-18 — the proposed legislation that includes changes to plant breeders’ rights — continues to move through Parliament, despite the New Democrats saying they’ll vote against it. 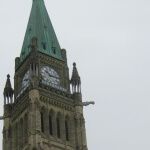 During the Report Stage in the House of Commons on Monday, Opposition Agriculture Critic Malcolm Allen introduced 51 motions to delete all 51 clauses of the bill related to plant breeders’ rights. C-18 would amend the Plant Breeders’ Rights Act to bring Canada into compliance with the International Union for the Protection of New Varieties (UPOV’91).

While the motions are a way for the NDP show their displeasure, it’s unlikely they’ll have any significant impact with the Conservative majority. The bill remains at the Report Stage today, with time allocated for debate on the NDP motions.

Speaking in the House on Monday, Allen said the NDP is concerned about the “farmers’ privilege” terminology which the government says protects farmers’ ability to use farm-saved seed: “The problem is that the government did not quite listen to exactly what farmers were saying. Farmers said more than what the minister finally came back with as his amendments. That is why we are against it.”

Partners in Innovation, which represents 20 national, regional and provincial producer and value chain organizations, said it was disappointed by the opposition to the bill.

“I believe I speak for all Partners when I say the changes will facilitate continued innovation and access to new crop varieties for farmers and researchers alike. This is incredibly important to the success and sustainability of our sector,” said Ron Bonnett, president of the Canadian Federation of Agriculture, in a statement from Partners in Innovation.

Agriculture Minister Gerry Ritz accused the NDP of “reneging its support” for the legislation:

“It is disappointing but not surprising to see the NDP turn a blind eye to farmers by reneging its support for the Agricultural Growth Act (C-18). Every relevant farm group in Canada has come out in support of this important Bill, which entrenches in legislation a farmer’s right to save, clean and store their own seed. After 23 years of debate and discussion, farmers have been clear that they want Government to get in line with our major trading partners on plant breeders’ rights, so they can have the innovative tools they will need to beat the competition, build a stronger farm gate and feed the world. Our Government has heard farmers loud and clear and we will continue to move this Bill through Parliament on their behalf.”

Partners in Innovation is urging the federal government “use all of the tools it has at its disposal” to approve and implement the amendments in C-18 as soon as possible.

Canada rejecting aggressive demands, while refusing to walk away from NAFTA talks

Going digital? Here’s how to choose the right platform for your farm

If you’ve decided it’s time to enter the digital farming world and feel a bit daunted by the array of choices, you’re not alone. Every farm is different so it’s important to have a clear idea of what your farm needs from a digital platform. Here are some key considerations as you evaluate digital products…