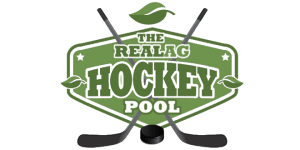 The 2014-15 NHL season is into its second month, with Tampa Bay leading the Eastern Conference standings and Anaheim leading the West. Offensive leaders Sydney Crosby and Tyler Seguin (for goals and points, respectively) are sitting pretty, while Jake Allen and Craig Anderson are stopping pucks left, right and centre, making them current goalie leaders (in goals against and save percentage, respectively).

On a more virtual level, Sportsman is currently leading the RealAg Hockey Pool, with a roughly 70 point lead on Agriculture Minister Gerry Ritz’s The Farm Team, which is tied for 226th place.

But there’s too much going on in hockey to update through written word alone. That’s why we called in some sports gurus for another episode of the RealAg Hockey Podcast.

This podcast once again features Shaun Haney and Rick Taillieu, with special guest Brennan Turner (even though RealAgriculture’s Rhett Soveran and Debra Murphy seem to be destroying all three of them in the hockey pool). In it, Taillieu provides an update on the Jets’ progress, Turner attempts a Scottish accent and Haney brings up a little off-ice controversy.