Changes in U.S. monetary policy could be worth paying attention to in the next year.

After nearly six years, the Federal Reserve announced this week that it is ending “quantitative easing,” the bond buy-back program implemented to help the U.S. economy through the recession. 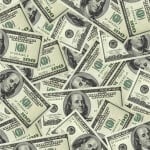 The end of QE is seen by many as a step toward raising interest rates from near-zero percent — the first increase since 2006.

“It’s a signal that the Fed thinks the U.S. economy is strong enough to not need this emergency assistance,” explained Bluford Putnam, the chief economist with CME Group, sharing his macroeconomic outlook at the Cereals North America conference in Winnipeg on Wednesday.

He said he expects the Fed will take the intermediate step of ending its practice of re-investing principle and interest payments on bonds and mortages in December or January. That would clear the way for a small rise in interest rates later in 2015.

“I expect we’ll see the first rise in June or July. That’s my base case, but a couple of months on either side is quite possible,” he noted.

Putnam discusses his projections, as well as the implications for the Canadian dollar and how declining oil values contribute to his outlook, in this interview:

A Joyous January — This Week in the Grain Markets

Planting Begins and, With It, Volatility: The Markets This Week