Following the end of the Canadian Wheat Board’s single desk, there was strong interest in growing wheat varieties from classes other than the traditional Canada Western Red Spring wheat that Canada is known for. There was plenty of talk about producing more high-yielding CPS (Canada Prairie Spring) wheat, but two years later, that buzz seems to have fizzled.

A report from the Canadian Grain Commission (based on acres registered for crop insurance) showed a decrease in CPS acres on the prairies this year — down from 1.067 million in 2013 to 853 thousand in 2014. 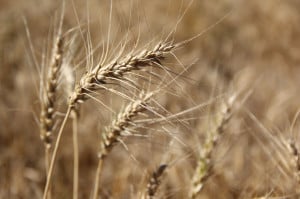 For this episode of the Wheat School, we return to the Canadian International Grains Institute in Winnipeg for another conversation with Rex Newkirk, Cigi’s vice president of research and business development.

To start off, he says the idea that CPS wheat is a lower quality wheat than CWRS is incorrect.

“It’s not a lower quality class. It’s a lower protein class. With lower protein it brings lower water absorption and things like that,” explains Newkirk. “It’s still one of the best wheats in the world, just lower protein.”

Growth in CPS acres has certainly not been limited by a lack of demand, says Newkirk.

“We certainly see customers that want this stuff – there’s no doubt,” he notes. “At the same time we have some logistical constraints, companies have to focus on the material they have to sell. I think when there was change in the marketing structure there was a lot of hope CPS would take off gangbusters, but you still have to be able to move this stuff to customers.”

Newkirk discusses the impact logistical challenges have had on CPS production, why South American customers like CPS and the potential for more acres in future:

Ironic Swaying — This Week in the Markets

Canola catches a tail-wind, but does it have the momentum to hold on?