The recovery of the U.S. economy remains critical to Canada’s economic health, says an economist with RBC Financial.

“We have growth and a strengthening economy in Canada as a result from strengthening in exports, but a lot of that is riding on the pick-up in growth in the U.S. and facilitated further by a little more weakening in the Canadian dollar,” explains Paul Ferley in the video below, filmed at the recent CanFax Cattle Market Forum in Calgary. 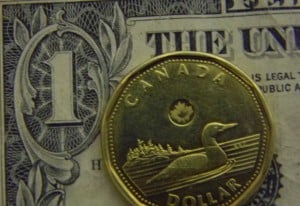 There are signs the North American economy is heating up, but many are waiting for more evidence, he notes.

“There’s been a pick-up in growth, but the issue is whether it will be sustained. We’ve seen two quarters of it, and it’s looking like be three, so that’s encouraging, but there’s been a longer period where we’ve been looking at sluggish growth,” says Ferley. “I think you have businesses in particular, but households as well, wanting more evidence before they’re convinced this growth is going to be sustained. If that happens, then you could maybe see a little more additional strength, as businesses may start being a little more aggressive in business investment.”

Ferley discusses his expectations for interest rates, the currency market, the U.S. economy and how the lower value of the loonie has offset the impact of lower commodity prices:

Pivoting to a people-centric business model to support the community

Paramount Fine Foods is an 80 restaurant, 17 butcher shop food company chain, operating not just in Canada but in seven other countries around the world. Mohamad Fakih, president and CEO of Paramount Fine Foods, started the operation after coming to Canada in 2006, with $1,200 in his pocket. Fakih sat down with RealAg Radio…