Traders and analysts were taken aback by some of the key numbers in the crop production report from Statistics Canada released on Thursday morning.

While the market was expecting a higher canola production estimate, it was not anticipating the major increase from the StatsCan estimate of 14.1 million metric tonnes in October to 15.6 million in the December report. 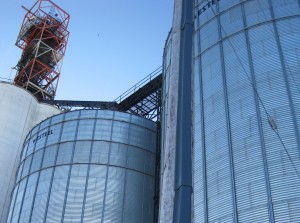 “I haven’t found anybody who has an explanation for it, ” says Brian Voth, senior market coach with Agri-Trend Marketing, in the interview below.

Traders were skeptical of the bearish canola estimate, as nearby futures moved higher in trade on Thursday.

“Our estimates were about 14.3 million tonnes and a total supply for the year of a little over 16 million tonnes, with carryout right around a million,” he explains. “If these numbers are anywhere close to accurate, all of a sudden our carryout could be very similar to what it was this year, in the 2 million tonne range.”