Pre-production work and fundraising has started for a million dollar film project aimed at informing people about the use of biotechnology in food and farming.

“Know GMO: An Uplifting Discussion About Food” will explore the impact of genetic modification, asking questions about how to feed a growing human population, says Rob Saik, the executive producer for the documentary and CEO of the Agri-Trend Group of Companies (as well as host of “Saik’s Agri-Treks” on RealAgriculture.com.) 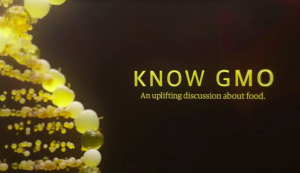 “It started this summer when I watched another documentary come out lambasting agriculture and distorting the truths about how we work. I felt I could do something,” he explains in the video below, filmed after the launch of the project at the Farm Forum Event in Saskatoon last week.

Part of why Saik felt he could “do something” was that he has a connection in the film industry — his son, Nick Saik, is a cinematographer based in Vancouver.

“I called Nick up and said it’s important we get this message out. Would you be interested in making a movie? He said ‘let’s do it,’” says the older Saik.  “Nick’s team has taken the tone that it needs to be a discussion and very open. The movie that’s being made is not being made for the farm audience. It’s being made for an urban audience.”

They’re planning to show the film at several film festivals. It will also be made available to schools and institutions at no cost.

Working with the Farm and Food Care Foundation, the goal is to raise around $1 million for the project.

“It’s a lot of money, but it’s a global movie. We want to be able to send the team around the planet,” says Saik, noting the film crew is planning to visit India, the Phillippines, Indonesia, Kenya, Uganda, Brazil and Argentina.

All stakeholders in the agriculture sector, including farmers, are being invited to help finance the project (over $100 thousand has been raised already.) Farm and Food Care is administering the funds and issuing tax-deductible receipts for donations.

Provided the financing comes together and production goes smoothly, Saik says “Know GMO” will debut in early December 2015 in Saskatoon.

Spraying With UAVs No Longer a Futuristic Dream

A $225 million plant protein processing facility is to be built in Strathmore, Alberta. Phyto Organix is set to break ground on the 15-acre facility, which the company says will be net-zero, in fall of 2022. Chris Theal, founder, president, and CEO of Phyto Organix, says the investment will generate over $120 million of annual…