Transparency needs to be built into the federal government’s plan to create a producer payment protection fund for Western Canada, says the chair of Keystone Agricultural Producers’ grains, oilseeds and pulses committee.

Farm groups, including KAP, Grain Growers of Canada and the Canadian Canola Growers Association, are generally welcoming Bill C-48, which was introduced in the House of Commons last week.  The legislation would allow the Canadian Grain Commission to create a fund for compensating prairie farmers if grain buyers fail to pay for grain that’s been delivered. It’s expected the fund model would provide better protection at a lower cost than the current bond-based payment security program.

“This is a very good step in the right direction. The bonding system has been under discussion for quite some time and has a lot of shortfalls. It’s really not satisfying anybody’s needs throughout the industry, so it’s been a long due change and this is a positive announcement for prairie farmers,” says Rob Brunel, Ste. Rose, Manitoba farmer and former KAP president, who now serves as chair of the Manitoba farm group’s grains, oilseeds and pulses committee. 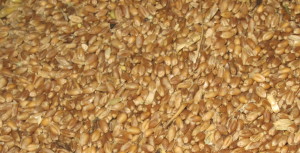 The bill would give the CGC authority to collect a levy from grain buyers for building up the fund. Since that cost would likely simply be passed down to producers, Brunel says it’s important that the program is transparent.

“At the very least we would like to see that levy or fund number being published to let producers know what they’re being charged for this security mechanism,” he says in the audio interview below. “We’re hoping we actually know what we’re being charged so we can understand whether it’s a fair cost for the service provided.”

In Ontario, producers pay a check-off on grain sales which goes directly into a similar payment security fund, notes Brunel: “They know exactly what they’re paying for the coverage levels they receive if there’s a default. That would be my preferred method.”

KAP is also calling for the establishment of an advisory board with farmer representation to oversee the fund.

Listen to the interview with Rob for a more in-depth discussion about the need for transparency in the proposed payment security fund model:

Nitrogen prices for North American farmers are no longer at their 2022 highs, but they still have a long way to drop before returning to where they were a few years ago. Where that floor is for the market will largely be determined by European energy policy, John Daniels, fertilizer product manager for Paterson GlobalFoods,…