A few weeks ago, the Grain Farmers of Ontario encouraged farmers to boycott the Ontario government’s public consultation process concerning new regulations governing access and use of neonicotinoid seed treatments on corn and soybean seed.

At the time, GFO stated that there was little to be gained at the public meeting, and that GFO and other agriculture groups would be meeting on December 18, behind closed doors, where the groups said it will explain the “numerous concerns around the proposed restriction and within the consultation document,” put forward by the province.

That meeting did happen last week, but what transpired was more of a statement than a consultation. As Henry Van Ankum, chair of GFO, says in the audio interview below, each group attending the one-on-one meeting took to the microphone to reject the provincial government’s process and proceeded to leave the meeting.

What happens now? Van Ankum says that the industry is forming its own pollinator health initiative which will include best management practices for both grain farmers and beekeepers. He says the industry-created initiative will be hammered out in the next few weeks, even as the provincial government moves to close its consultation process in late January, 2015.

Hear the entire interview below.

Don’t miss a post from Real Agriculture! Sign up for our free, customizable email blasts by following this link. 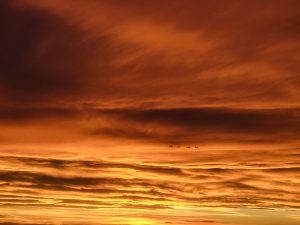 Mind Your Farm Business — Ep 59: Learning to lead through conflict

In leadership, aggressive behaviour can actually be less harmful to business than passivity. In other words, being unwilling to discuss a problem is actually more detrimental that having an argument about it. But just knowing that doesn't make dealing with conflict any easier says Kelly Dobson, chief leadership officer at LeaderShift. In this Mind Your…Read more »