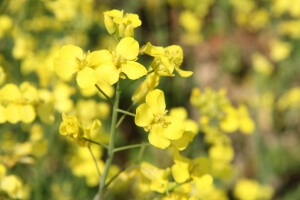 SaskCanola today announced the results of their election, which sought to fill four positions on the Board of Directors.

Charlene Bradley of Stranraier, Bernie McClean of Glaslyn, Lane Stockbrugger of Englefeld and Dale Leftwich of Esterhazy will fill those roles.

“We are pleased to welcome Charlene, Bernie, and Lane to the SaskCanola Board and to have Dale return for another term,” said Franck Groeneweg, Chair of SaskCanola, in a release. “Their experience within the canola industry will be invaluable to the Board.”

Charlene farms with her husband in the Stranraer area. She also has extensive experience off the farm, having spent the last thirteen years as a Chief Financial Officer and now General Manager of an inland grain terminal. She has also been a member of SaskCanola’s policy committee for the last two years.

Bernie farms with his wife Cara in the Glaslyn/Medstead area. Bernie has worked as a division councilor in the RM of Medstead for the past four years. His passions are agronomy, research, and anything farm related.

Lane farms with his wife Carie and business partner Lance D. Stockbrugger in the Leroy/Englefeld area. Lane’s been involved with groups like the Canadian Human Resources Council, Farm Management Canada, National Future Farmers Network, and is a member of the Saskatchewan Young Ag-Entrepreneurs.

Dale is returning to the Board for a second consecutive term. Dale served two years as a Director of the Saskatchewan Canola Growers Association (SCGA) and helped to negotiate the amalgamation of the two canola organizations to become SaskCanola; then joined the SaskCanola Board. He also sits on the Board of the Canadian Canola Growers, where he is the Secretary. He farms with his wife in the Esterhazy area.

SaskCanola’s Annual General Meeting will be held during CropSphere, at TCU Place in Saskatoon on January 14, 2015. The end of the AGM will mean the beginning of the new Board members responsibilities, and the election of an Executive Committee.