The amount of data we can collect on farms has grown exponentially over the last decade or two. Whether it’s through yield monitors, images captured by satellites or drones, smartphone apps or RFID sensors, our ability to track and record what’s happening has come a long way from the pocketbooks of earlier generations. And there’s good reason for it. Relevant and real-time information allows for better decision-making. The more we know, the less likely we’ll be surprised and ill-prepared. That’s the idea behind the dawn of so-called “big data” on North American farms. 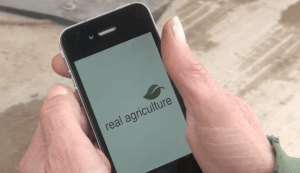 And yet, while we’ve entered the information age on farms and within private companies, we are still seeing major problems and costs incurred by farmers as a whole due to a lack of relevant “big picture” information. On the marketplace level, whether it’s inaccurate StatsCan crop reports or incomplete rail logistics reporting or other black holes in the big picture, inadequate information and the resulting gaps in transparency still hurt the overall competitiveness of Canadian farmers on many fronts.

Take StatsCan crop reports for example. Adjectives otherwise used to describe the Edmonton Oilers’ management, or the former mayor of Toronto, are too often used by market analysts and traders to describe the agency’s crop estimates, which even when they’re right, are no longer timely when made public. For individual farmers who don’t have resources to conduct their own market surveillance, it’s not helpful when markets ignore what’s supposed to be the best truly-public information, as was the case with StatsCan’s head-scratching canola production estimate in December. And even if you only believe half of what the railways say, better crop volume information in 2013 would have eliminated at least one of CN and CP’s excuses for why they weren’t prepared to haul the bumper crop.

There could also be major value for farmers in having open and transparent numbers when it comes to grain and input prices, or producer car allocation, or grain grading, or the effectiveness of crop or animal health products. It’s about having the ability to make more-informed decisions — better big picture information in these cases could have a large overall benefit across thousands of farms.

These examples are mainly from the grain industry. Although there are issues with price transparency in the livestock market as well, the argument could be made that the livestock sector has a head start on the grain industry in using data to paint that big picture. Beef, hog, dairy and poultry producers and industries have invested heavily in traceability and the sharing of near real-time information as an industry risk management tool over the last decade. Again, the more we know, the less likely we’ll be surprised.

Many private companies are seeing opportunities to capture value by sharing information with farmers, or serving as hubs for information and research sharing. At the same time, private players with enough market power (i.e., grain companies or railways) have incentives to not share their information, to the detriment of smaller supply chain participants.

For farmers, there’s obvious value in paying for better information, whether that’s individually or cost-sharing through producer organizations. For government, there should be tax revenue incentives in helping businesses reduce their risk, whether it’s through traditional institutions like Statistics Canada or the Canadian Grain Commission.

Whatever the recipe is, there is an opportunity, and definitely a need among farmers, for better big picture information. We’re seeing the ability to collect data make individual farms more efficient. It’s time this data makes the entire Canadian ag industry more efficient.