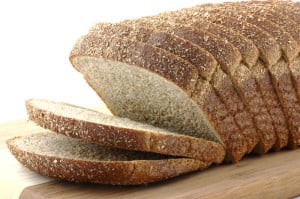 While wheat breeders have traditionally focused on improving agronomic and milling characteristics of the crop, there’s value to be gained by the wheat industry in focusing on nutrition as well, says a cereal research scientist with Agriculture and Agri-Food Canada.

The nutritional characteristics of wheat have generally remained unchanged while yield potential, disease resistance and bread-making attributes have improved over the years, as Dr. Nancy Ames explained in this previous Wheat School episode.

In this follow-up, she describes some of the opportunities she sees in developing and commercializing wheat varieties on a nutritional basis — looking at not only what farmers and millers want, but going right to the end of the supply chain and considering characteristics important to consumers and their health. It’s the “more, but better bushels” concept.

“Nutritional characteristics have not really been on the radar for breeders,” she explains. “This is something that comes about because of demand.”

The Prairie Grain Development Committee, which Ames has been involved with in various positions, currently considers more than 50 characteristics before recommending a new wheat variety for registration, but none of them focus on nutrition.

While recognizing the value of the registration process as it stands, she suggests it could be adjusted to allow companies to bring forward new wheat varieties for specific nutritional characteristics.

“Whether there’s a place for other pathways for wheat that could have specific characteristics, I think there’s probably room for that,” notes Ames.

Perhaps wheat could even learn from its smaller-acreage cereal cousin — oats.

‘We think of oats of a healthy food and people eat oatmeal because they think it’s healthy,” she says. “I think the same sorts of things could exist for wheat too.”

Check out part 1 of this conversation — how despite what proponents of gluten-free and low-carb diets say, wheat is still nutritious — here.

The Agronomists, Ep 44: Peter Johnson and Jeremy Boychyn for a cereal production free-for-all