Wheat production in the United Kingdom hovers just below 200, 000 hectares (about a half a million acres). It’s used for export markets, human consumption, and plays a key role in animal rations. Thanks in large part to the UK’s temperate climate, yields of 120bu/ac are not uncommon. And, as you’ll find in the following interview, even though spring wheat yields like that would make a Canadian farmer blush, that’s still well below the plant’s genetic potential. 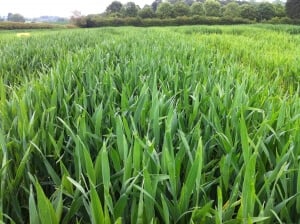 In this Wheat School, filmed at the SouthWest Agriculture Conference in Ontario, Bernard Tobin catches up with Jim Orson, a research director at the United Kingdom’s National Institute of Agricultural Biotechnology (NIAB). Orson talks about some of the similarities and differences between wheat growth in Canada (and specifically, Ontario) and the United Kingdom, focusing on topics like: yield, seeding rates, nitrogen application, plant growth regulators and breeding.