With the rise in gluten-free and low carb dieting, wheat has received a bad rap and developed a nutritional reputation that it doesn’t deserve, says a cereal research scientist with Agriculture and Agri-Food Canada.

Based at the Richardson Centre for Functional Foods and Nutraceuticals in Winnipeg, Dr. Nancy Ames is concerned consumers are not realizing the health benefits of wheat.

“A lot of the general public seems aware of some of the books and negative press and have concerns about (wheat.) People are concerned about their health, and so I think some of this press has been detrimental to wheat. People aren’t aware of how good wheat is,” she says in this Wheat School episode. 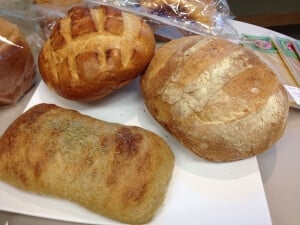 One of the claims made in popular media, including the “Wheat Belly” book, is that the nutritional composition of wheat, in particular certain proteins, has declined over decades of breeding. Ames, along with AAFC wheat breeder Dr. Ron DePauw and Dr. Nancy Edwards, formerly with the Canadian Grain Commission, decided to test this assertion. They’re currently finishing up the study, which started in 2011, comparing spring wheat varieties grown in Western Canada — from Red Fife, which was grown in the 1800s, to modern varieties grown today.

Their research looked at how wheat varieties have changed in terms of agronomics, baking functionality and nutrition, with Ames leading the nutritional research. Her team analyzed the components of wheat considered to be important for health, including proteins, fats, starches and fibre, as well as specific antioxidant characteristics (continues below embedded video interview).

“Surprisingly little has changed,” she says. “We had phenolic compounds and antioxidants a hundred years ago and we still have them.”

She says the presence of bioactives, or compounds that are important for health, appears to be more consistent in modern varieties.

“Our varieties are a little more stable. You can grow them in different locations and still get what you thought you were going to get,” says Ames.

Where wheat varieties have changed significantly is in the area of performance in farmers’ fields, she notes.

“One of the things that is missed by the popular press and consumers is how many great things we have done, how much we have changed wheat. We have changed wheat — we’ve increased the yield, increased disease resistance and maintained incredible quality for bread-making, milling and baking,” she says. “It’s really with great thanks to the wheat industry. We have to say ‘good job.'”

While their research shows wheat’s nutritional profile has not been compromised, Ames believes there are still opportunities to help consumers realize and receive more of the health benefits of wheat. The registration process for new varieties currently considers agronomic and functional characteristics — in an upcoming Wheat School episode Ames will discuss why she thinks the wheat industry may want to also account for nutritional qualities.