With increasing scrutiny from both the public and regulators, it’s up to people involved in animal agriculture to explain how and why they use antibiotics, says a veterinary epidemiologist from southeast Saskatchewan.

While media reports have been critical about antibiotic use in livestock and poultry production, Leigh Rosengren of Midale-based Rosengren Epidemiology Consulting says Canadian producers have a good story to tell.

“Canada does health incredibly well. We have some of the healthiest pigs in Canada. Therefore we have some of the lowest needs for antimicrobial use,” she explains in the video below. “As well, we do records and reporting really well — the whole do what you say, say what you do, and we record it. That can be used to sell and brand what we’re doing,”

Speaking at the Manitoba Swine Seminar, Rosengren encouraged hog producers to not shy away from having conversations about how they use (or don’t use) antibiotics, whether those discussions take place in the grocery store, on Twitter or with government officials.

“I will not stand here and say agriculture doesn’t have a part in resistance. We do…but the good news story in agriculture is that I believe the vast majority of the antimicrobials we’re using are justified. They are appropriate. It’s the right product selected at the right dose at the right time. We’re just not doing a good enough job talking about that,” she explains.

Rosengren suggests producers need to be aware that by failing to communicate what they’re doing to minimize development of resistance, they risk losing access to tools required to treat sick animals. 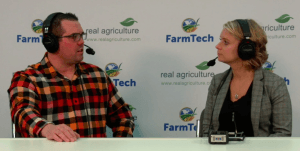 “Know where your feed is coming from”: China culls upwards of 150 million pigs due to ASF