The Canadian Grain Commission announced today that it is starting consultations on whether it should license feed mills and extend payment protection to farmers who sell grain to feed mills in Western Canada.

Producer organizations have been asking the CGC to consider expanding its payment security program to non-licensed buyers after two of Canada’s largest hog production companies — Puratone and Big Sky Farms — entered creditor protection in 2012 while owing producers millions of dollars for grain they had delivered.

“Recent bankruptcies of hog operations and feed mills in Western Canada left grain producers who were owed monies with little recourse,” says the CGC’s background document for the consultations. “Extending Canadian Grain Commission licensing to feed mills that purchase grain from grain producers will reduce the risk of non-payment for grain producers in future transactions.”

The commission says it is seeking input from feed mills, grain farmers, producer groups, current licensees and industry stakeholders. It will use the information collected to determine a threshold for commercial feed mills to be licensed.

Feed mills are currently exempted from licensing in the Canada Grain Regulations, meaning a regulatory amendment would be required to remove the exemption. Should feed mills be licensed, they could be subject to some of the same requirements as process elevators, which includes posting a bond or another form of security to mitigate the risk of non-payment.

What do you think? Should feed mills be licensed? What about cases where farmers deliver to other farms or colonies for on-farm feeding? Can feed mills afford the cost of posting a bond? As a grain farmer, would you choose a licensed feed mill over one that isn’t?

You can read the CGC’s discussion paper on licensing feed mills here. 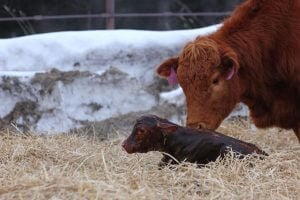 If you're looking for good news, you may not find it in the cattle markets this week. Mounting concerns over the spread of coronavirus and the global economy are starting to play a significant role. Anne Wasko of the Gateway Livestock Exchange is considering this a black swan event akin to the fire in Kansas…Read more »