Despite the tumble in wheat futures over the last month, there are still reasons for growers to be optimistic about where wheat prices are headed, according to the president of LeftField Commodity Research.

Chuck Penner shares his take on what’s happening in the grain markets in this video filmed at FarmTech in Edmonton. 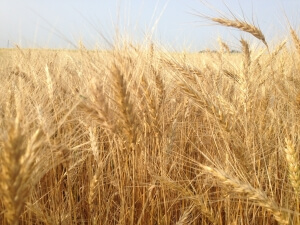 “I’m friendliest toward the wheat markets. They’ve been taking a bit of a beating, so so am I, but then the feedgrains are next. I’m most nervous about oilseeds, because what’s happening with soybeans and I’m really nervous that there’s more downside,” he says.

Penner says global wheat supplies are not as high or as burdensome as media reports suggest, noting stocks could be reduced by over-wintering losses in Russia and the U.S.

“There are a couple of issues that potentially could cause some crop shortfalls, and that could snap the wheat market back,” he says. “I think we’re at some technical lows as well, that we’ll be coming off of. It’s kind of done all the losing that it’s going to do.”

Conversely, he feels the oilseed market is overbought, although the tighter supply situation for canola should limit the impact of declines in soybean values.

There are some opportunities to price specialty crops as buyers are looking to lock in acres for crops like durum, flax and peas, Penner notes.

“We’re seeing some really strong new crop bids right now,” he says. “For those crops where they’re already picking some winners and putting acres in, I think it’s time to sell some of that.”

Penner also discusses the cyclical nature of grain markets and the crash in oil prices in this conversation with Shaun Haney:

The dilemma with acreage decisions for 2018