Grain markets continue to trade a little erratically with analysts mostly focused on acreage estimates and weather forecasts for the northern hemisphere. The wheat complex started the week out strong but lost said strength over the following days as bearish weather and crop condition reports pushed things lower. Also of note though was the U.S. Dollar pulling back from its multi-year highs seen earlier in the month. Canola also dropped to multi-week lows, dropping below $450 per metric tonne thanks to some farmer and spec selling, the latter most likely trying to realize profits before the big Tuesday, March 31st U.S.D.A. Stocks & Acreage report. One technical factor to keep in mind is how short managed money is in the futures market for other crops, implying that any rally to the upside could be accelerated by funds covering their shorts. Ultimately, there will likely be some fireworks come Tuesday as we get the U.S.D.A.’s final pre-seeding forecast for how many acres of what are going into American soil this year.

Speaking of soil, it’s estimated that about 40 per cent of India’s wheat acres (~30 million acres) has been negatively affected by tough rains and hailstorms in the first two weeks of March. While Indian isn’t a big exporter of wheat, they do consume a lot and as a fair amount of volume is lost annually to spoilage (lack of proper storage), more higher quality wheat might need to be imported. Aggregately, almost 30 per cent of all winter-seeded crops (~45 million acres) were affected by the weather, including 6.35 million acres of mustard! Overall, this poor weather would be considered a general bullish indicator for speciality crops (India is one of the largest growers and consumers) and potentially for wheat.

On that note, we’re getting closer to seeding season here in Western Canada and the more I talk to producers, the more I hear about increased durum and pulse acres. Chuck Penner from Leftfield Research suggests that we’ll see yellow pea acres increase seven per cent year-over-year to a record 4.05 million acres while total lentil seeded area is also seen rising by 16 per cent to a record 3.6 million acres. Assuming average yields are achieved for both peas and lentils, overseas demand will have to remain elevated for prices to stay up, specifically with eyes on China when it comes to yellow pea demand.

Switching over to the oilseed complex, early estimates from Europe are that the E.U. could take off around 21.5 million tonnes, a notable drop from last year’s record crop. The reason for the decline is mainly due to expected lower yields and a lower seeded area this year. Specifically for the major producers, output from year to year is seen falling in Germany by 15.3 per cent, down by 13.6 per cent Romania, 11 per cent lower in the U.K., 10 per cent less in Poland, and down 5.3 per cent in France.

My estimate is that European rapeseed production could actually fall below 21 million tonnes and it’s really the only catalyst in my eyes to take canola futures back above $500 per metric tonne. With that in mind, some analysts are calling for canola basis to improve this growing season but with a U.S. interest rate increase likely coming and the Canadian Loonie likely near a bottom, prices and basis may remain in check in the near-term despite solid domestic crush and export demand. The elephant in canola’s room though is the massive (read: record) Brazilian and Argentinian soybean and another new record amount of American soil getting seeded with soybeans this spring.

Overall, the end of the month and the end of the quarter will be seen next week, and while this usually adds volume to the market, things are exacerbated by the fact we get the aforementioned Stocks & Acreage report at the same time. With acreage estimates so varied going into the report, we can only assume that volatility will be front and centre. From a historical perspective, corn has made a limit move in three of the last four years. The last thing you want to do is have your head in the sand before, during, and after this report as it will set the table for the start of the growing season. 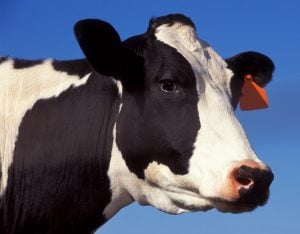 Gaining Ground — This Week in the Grain Markets