Kurtis Peeters, an organic corn grower from Kawartha Lakes has been named as the winner of the “Most Profitable Acre Challenge,” a competition put on by the Agri-food Management Institute and presented in partnership with Grain Farmers of Ontario.

The business skills competition looks at input costs, production practices, yield, marketing tactics, and business management practices to determine the farmer with the most profitable acre harvested in corn or soybean production in Ontario. 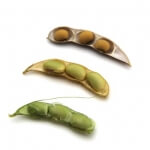 Partly attributing his success to high organic crop prices in 2014, Peeters says knowing his cost of production and utilizing best business management techniques has influenced his bottom line year after year. To expedite efficiency and profitability, Peeters tracks his input costs, has a written marketing plan, is a member of a business management club, has a written business plan, and sees a farm advisor on a regular basis.

“It definitely takes some last minute decision making out of the picture, which means less stress,” says Peeters, 26. “Plans and goals are essential to profitability.”

The winners received their awards at the Grain Farmers of Ontario March Classic in London, Ontario on March 24.