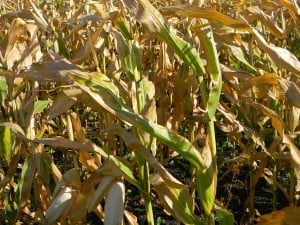 Just like NHL players have to step their game up for the playoffs, it’s a “pitter, patter, let’s get at ‘er” kind of feeling in the agricultural industry. We’ re hitting that time of the year where field activity is picking up steam. The most recent USDA crop progress report shows that seeding in the U.S. is ahead of pace on the cereals but a little behind on corn because of cool/wet weather. More analysts are starting to agree that whatever corn acres are lost in the Delta will be made up for eventually in the Midwest.

With this in mind, soybean prices were up 1.8% this week with decent crush numbers and above-average export numbers. Accordingly, the relatively strong domestic soybean demand may swing some American acres over to the oilseed that were initially penciled for corn. Conversely a nearly 3% appreciation of the Canadian dollar versus the U.S. dollar pushed canola futures down 1.8% to back below $450 per tonne. Wheat markets took the biggest beating though this week as good precipitation is falling in major winter wheat growing areas, improving its productivity outlook. With better rains, managed money went into a “I hate gluten” mood, as managed money went to a record short position for the week with Kansas City hard red winter wheat futures leading the charge down at a 9.7% loss for the week to a five-year low. 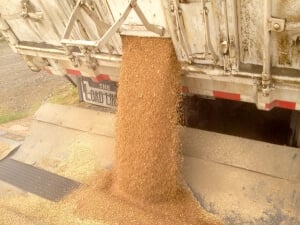 On that note, the first legitimate estimates are starting to come in more regularly now as analysts and companies have more data to go off of to improve their prediction models. The USDA’s European attaché says that the E.U. will take off 151 million tonnes of wheat this year, down 5.4 million tonnes or 3.5% from last year’s record crop (still number two in terms of the largest harvests on file).

The USDA’s Aussie attaché says 24 million tonnes of wheat will be taken off in 2015/16, thanks to 34.35 million acres and average yields of 25.3 bushels/acre. This is lower though than the most recent forecasts from the Australian Bureau of Agricultural and Resource Economics and Sciences (ABARES), which reports that 24.5 million tonnes will be harvested this year, with 26.2 bu/ac yields. The more important debate though in my opinion will be exports, with ABARES estimating almost 18 million tonnes while the USDA’s Canberra office says it’ll be only 17 million tonnes.

Coming back home, the USDA’s Ottawa office says that canola production will be 15.55 million tonnes off only 20.33 million acres, as current prices aren’t buying any additional acres. Keep in mind that this time of year can be fairly bearish on the futures markets as crops get planted, but between currency, basis, deferred delivery, etc., what’s happening on the futures board doesn’t necessarily translate well to the cash markets. (i.e. the strength of cash corn prices in Western Canada right now, as feed values are remaining relatively high). Further, a futures board comparison is only available for a handful of crops. Not to say using futures and options doesn’t have a benefit of protecting and/or adding to the bottom line, it has become extremely speculative though and there are a lot of big fish swimming in the same bowl as the individual producer. 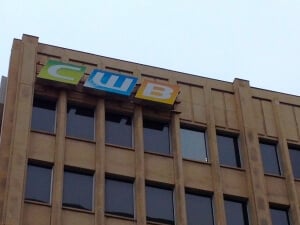 Case in point (and possibly the big news of the month), this week the 50.1% of the Canadian Wheat Board (CWB) was purchased by G3, a joint venture between Bunge and a Saudi ag investment arm, for $250 million. The purchase will see the operations headquartered in Winnipeg and expansions to Bunge’s cement continuing in Western Canada. The big issue at heart though is that G3 has the option to buy the remaining 49.9% that’s being titled the Farmer’s Trust that can be bought in for every tonne sold to the CWB at a value of $5/MT (the same plan that’s been around since 2013). There are still some unanswered questions out there but the underlying fact is that this move does bring even more experience to the CWB, thereby increasing its competition position in not only Canadian agriculture (G3 says there may be more investment/expansion soon), but the global game as well.