The head of the Canadian Food Inspection Agency is accusing the union that represents food inspectors of “unnecessarily undermining Canadians’ confidence in their food safety system.” 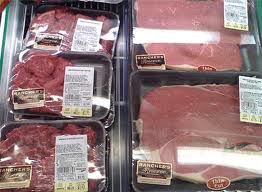 The Agriculture Union issued a news release this week saying cost-cutting within the CFIA is creating an inspector shortage that is putting Canadians’ health at risk. As an example, the union says in Northern Alberta, only 12 of 18 meat hygiene inspection positions are currently filled.

“With available resources, the only way the CFIA can meet American inspection standards in order to maintain access to the US market is to short change inspection of meat for Canadian consumers.  It’s that simple,” said Bob Kingston, president of the food inspectors union.

CFIA President Bruce Archibald and Kelvin Mathuik, the CFIA’s director general for western operations, have responded with a letter refuting the union’s claims that food safety activities have been cut in Northern Alberta.

“Differences in meat inspection systems between the US and Canada are related to trade standards – not food safety,” they note. “These include additional activities that certify labelling and meat cut classifications.”

Archibald and Mathuik also point out the CFIA’s overall spending has increased significantly to its highest level ever “due to the government’s increased investments in food safety.”

Get the latest ag news delivered to your in-box — subscribe to RealAg’s free newsletters!

Fixing AgriStability, paying farmers for carbon, & how to trade with China: catching up with the federal NDP ag critic