In the last few years, we have seen incredible innovations in food and agriculture, often inspired by environmental improvements, the push for more local food and increased global food security. Urban agriculture is cropping up in cities, insect farms are crawling out of the wood work, and cafes are repurposing would-be waste. In an effort to share some of the inspiration and innovation, I’ve compiled five of the coolest initiatives to hit the 21st century’s food and agriculture industry thus far. 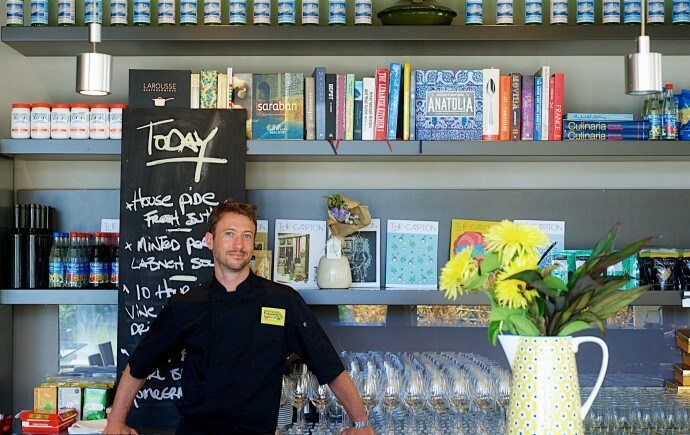 On May 12, 2015, OzHarvest will open its doors to a pop-up cafe project in Pyrmont. The organization already collects roughly 340, 000 kilograms of food each month that would otherwise be wasted. It services over 680 welfare organizations and has delivered more than 33 million meals. The new cafe initiative will be branded harvested.

“The idea behind harvested is simple,” said chef Travis Harvey. “It takes a challenge that OzHarvest and our food recipients have to face every day… what to do with surplus food that society has rejected because of its appearance, discolouration or slight imperfections? We wanted the public to experience this too, and see how good it can be.”

Harvey hopes harvested will show people that there’s nothing wrong with these ingredients and produce.

Related: The Rise of the Ugly Food Revolution 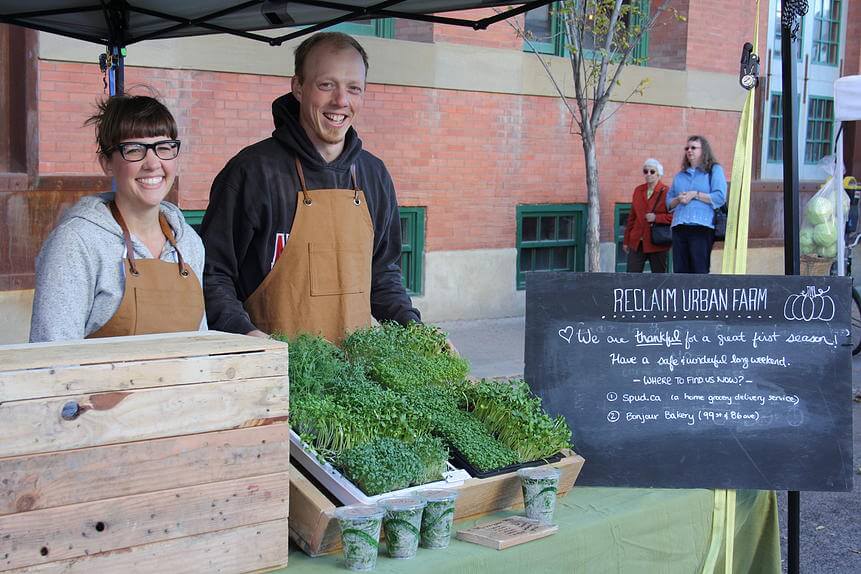 Reclaim Urban Farm is an initiative that goes beyond the backyard. Cathryn Sprague and Ryan Mason have joined forces to grow salad mixes, radishes, beets, carrots and squash on empty lots, back and front yards and gardens in Edmonton. In return for the space, landowners receive a weekly box of fresh produce (which Edmontonians can sign up for as well, by the way).

The duo sells produce in City Market Downtown and have developed quite a customer base through retails and restaurants in the city as well.

Using reclaimed land in the cities is a growing phenomenon. Besides providing fresh, local grub, such efforts also improve the aesthetic appeal of cityscapes, bring communities together and improve soil quality. Anytime we can keep lawnmowers off grass and kochia out of unused gardens, we’re making a difference for the better. 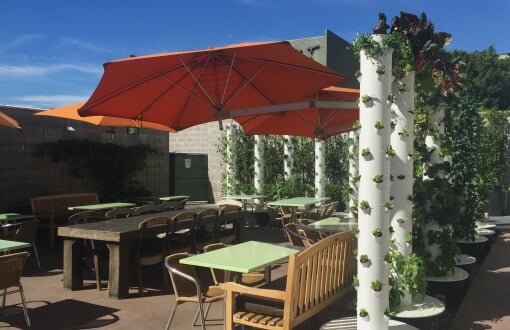 There is something especially cool about food being grown in the very restaurant you’re consuming it. And that’s exactly what’s happening at Tender Greens Hollywood. The restaurant recently decided to expand it’s environmental offering from recycled materials to aeroponic growing systems.

The systems were developed by Future Growing. They work by pumping a nutrient/water mix out of a 25 gallon drum at the base of the tower, and raining it down on the plant roots from above. Each system sits at about 2.5’x2.5′, with variable heights up to 11 stackable growing pots capable of hosting up to 44 plants. 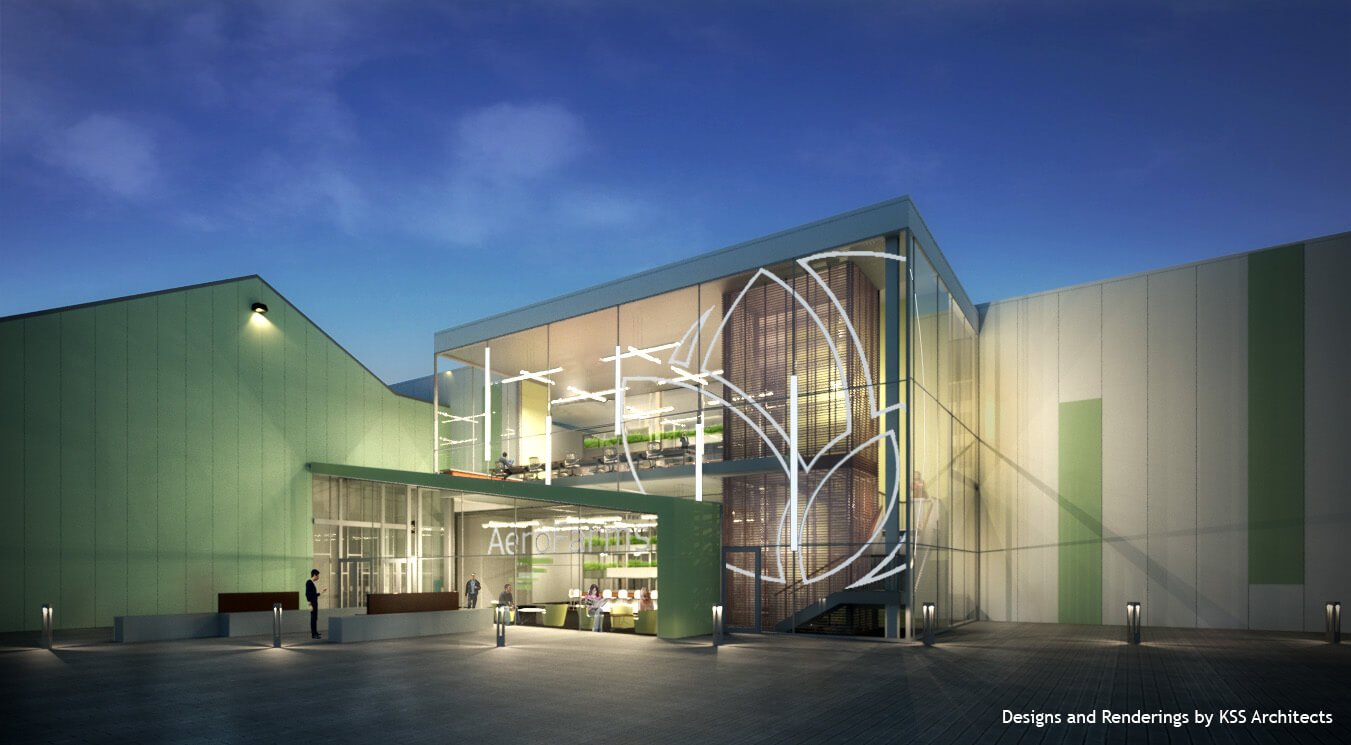 From towers to floating buildings, vertical farming is gaining interest. New Jersey is anticipating the development of the largest indoor, vertical farm, at 70, 000 square feet. The structure, being developed for AeroFarms will harvest 2 million pounds of baby leafy greens, with harvests every 12-16 days.

The facility will use energy produced from natural gas turbines, with any waste heat being used in absorption chillers and carbon dioxide captured and used to assist with plant growth.

It’s hoped production and sales will be underway by the end of the year. 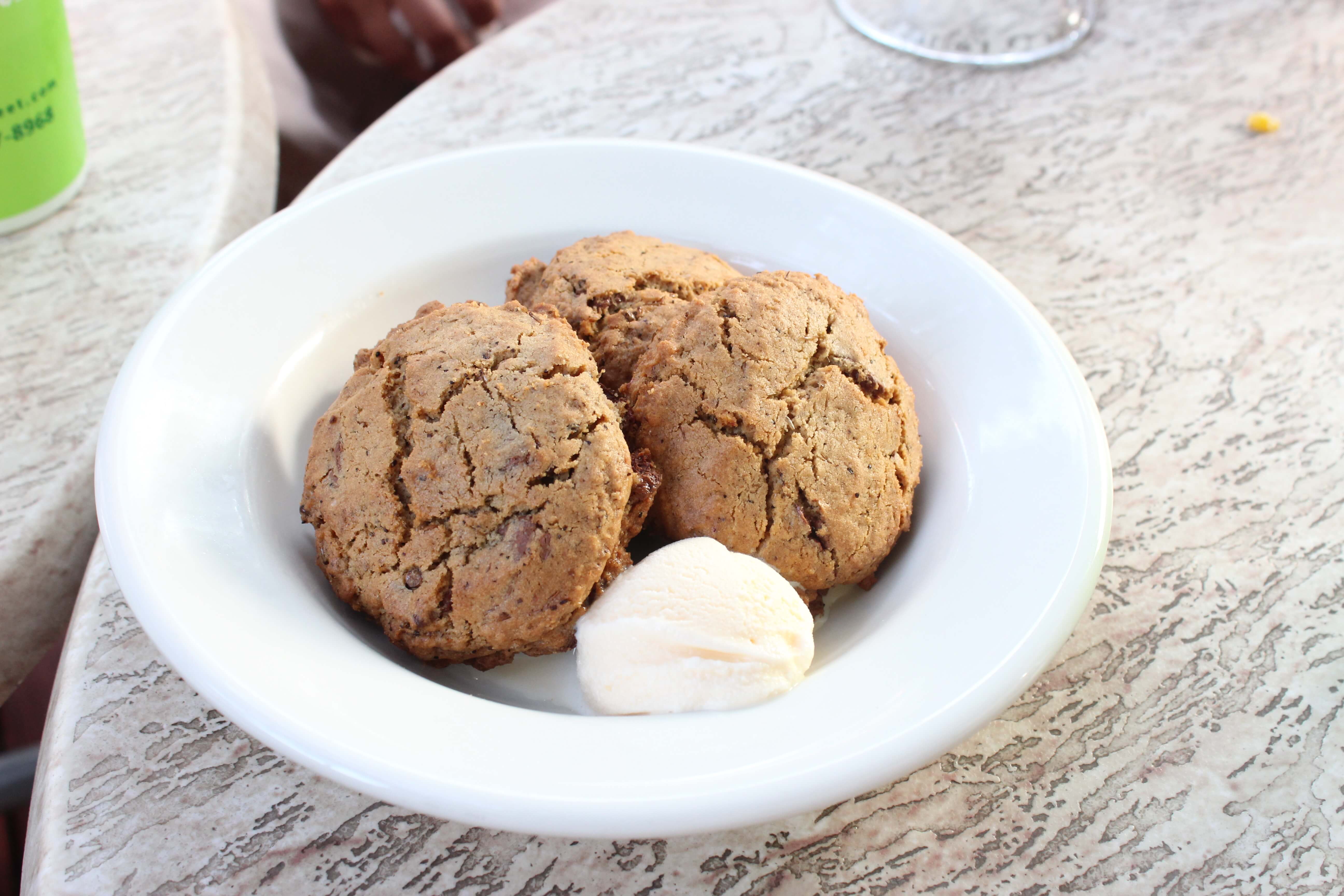 A group of McGill university students were awarded the $1 million Hult Prize one year into their journey to address food security through insect farming. Today, they have established businesses in Ghana, the United States and Mexico.

Related: Farming Insects — Would you like your crickets milled or in their entirety?

Entomophagy, or eating insects, is thought to be the next big trend in world diets, as people look for sustainable sources of protein, and Aspire certainly isn’t the only group attempting to supply that growing interest, but they do have their own Gluten Free Chocolate Chirp Cookie recipe (check out the article above).