“Our concerns about the unfair regulatory environment that U.S. wheat faces in Canada closely parallel the arguments Canada successfully made in its WTO complaint against U.S. country-of-origin labeling (COOL) requirements,” reads the letter signed by USW Chairman Roy Motter and NAWG President Brett Blankenship. “Specifically, the WTO Appellate Body found that the COOL measure was ‘inconsistent with Article 2.1 of the TBT Agreement because it accords less favourable treatment to imported livestock than to like domestic livestock.’ It is readily apparent to us that Canada’s treatment of imported wheat is less favourable than that of domestic wheat through its grading system.”

Under existing rules, U.S. wheat delivered to Canadian elevators, by default, receives the lowest grade in a particular class. This origin-based “labeling” is similar to COOL, suggest the U.S. wheat groups.

“Rather than mandate foreign grain labeling, there is benefit in letting the market decide origin segregation’s value. Canada argued during the COOL case that regulatory segregation harms industries on both sides of the border, and we hope that any reforms to Canada’s grain regime would end this segregation altogether,” they state.

The Canadian government has introduced legislation that would address at least some of these concerns. Bill C-48, which is currently stalled waiting for second reading in the House of Commons, would amend the Canada Grain Act to allow U.S. grain to be assigned a grade if it’s a variety that’s registered in Canada. However, it appears unlikely the legislation will be passed before the federal election in fall. The Canadian Food Inspection Agency is also in the middle of updating the registration process to make it easier for varieties to be registered.

In a statement on Friday, Agriculture Minister Gerry Ritz said the Canadian government “understands the importance of the highly integrated North American agriculture industry to our overall economy.”

“That is why we introduced Bill C-48, which will enable the same registered grain grown in the USA to be given a Canadian grade,” he continued. “These important changes would have never been possible let alone considered under the old single-desk. We encourage opposition parties to put politics aside and do what is right for farmers by moving this bill through the House as expeditiously as possible.” 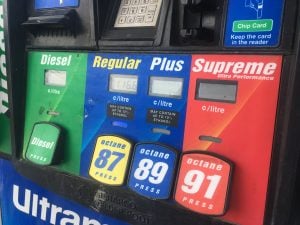 Whether it is the drop in oil prices due to a major spat between Russia and Saudi Arabia or the COVID-19 outbreak, the ethanol industry is dealing with massive challenges in the short term. Ethanol plants in Canada and the U.S. are reportedly scaling back production as a result, which is creating concern for corn…Read more »