Statistics Canada shared its report on 2014 Canadian farm cash receipts last week. In laymen’s terms, these numbers are an estimate of how Canadian farmers earned their income last year. (The cash receipt charts do not account for expenses or depreciation, so in no way do they reflect profit or net income.)

Total farm cash receipts, according to StatsCan, rose for the fourth consecutive year, rising 4.6 percent from 2013 to $57.4 billion in 2014.

Update: (That chart, of course, can be complemented by showing how expenses have also climbed.)

Cattle and calf receipts were up 44 percent in 2014, leading the way when looking at cash receipts by commodity. 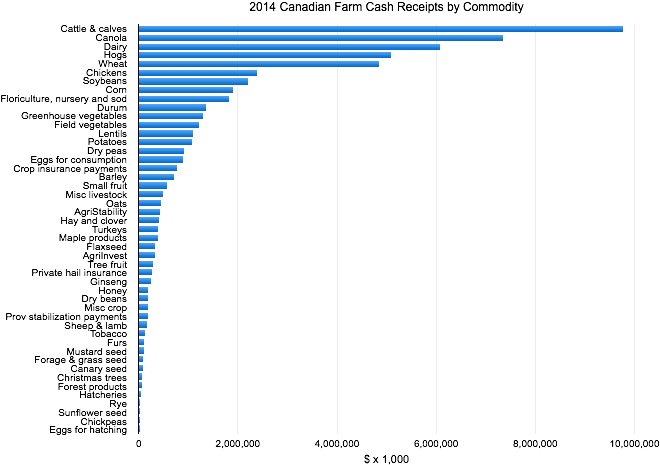 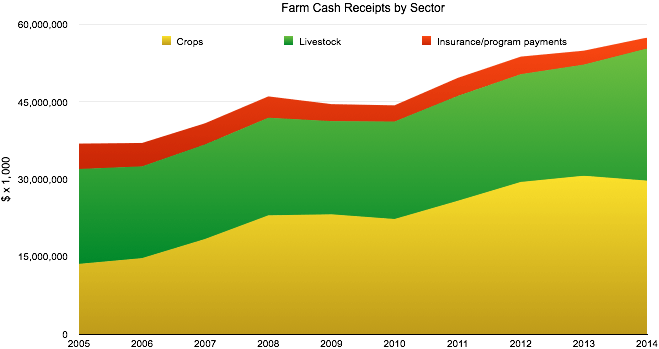 Saskatchewan led the country with the largest total (remember the huge inventory of 2013 crop left to sell in 2014), with receipts rising in every province outside of Atlantic Canada. Alberta recorded the largest percentage increase at 9.1 percent, followed by Saskatchewan at 8 percent. 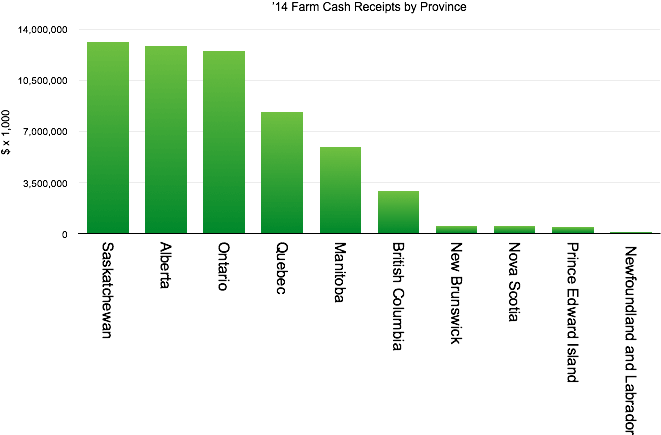 The provincial breakdown provide context and a sense of how important different commodities are to provincial economies. Some of these numbers might be surprising (yes, Christmas trees were the 8th highest-grossing farm commodity in New Brunswick.) These pie-charts are sorted in order of total farm cash receipts by province. 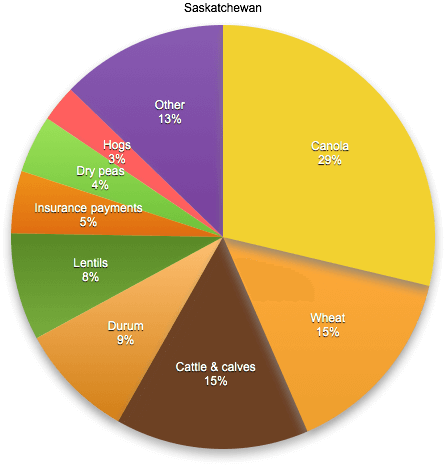 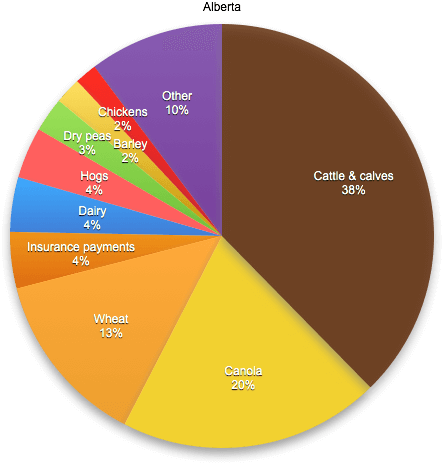 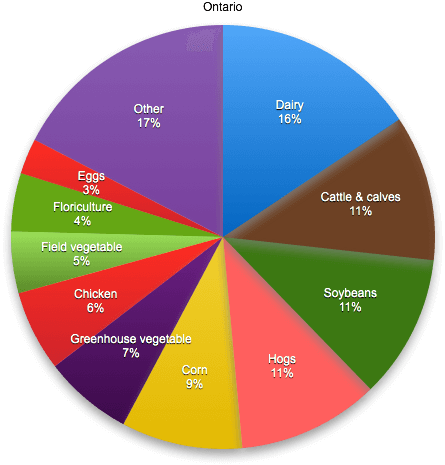 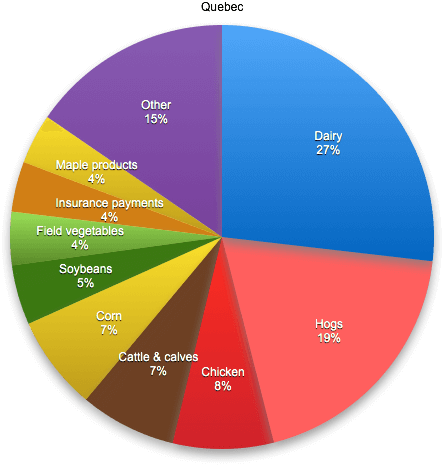 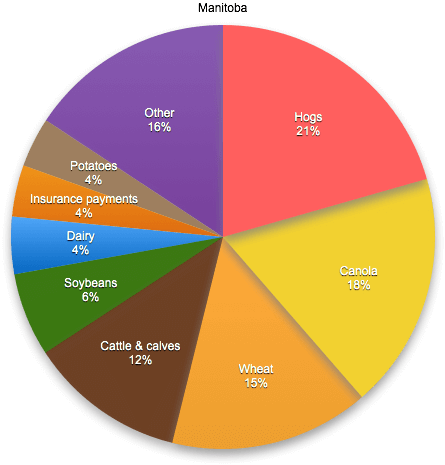 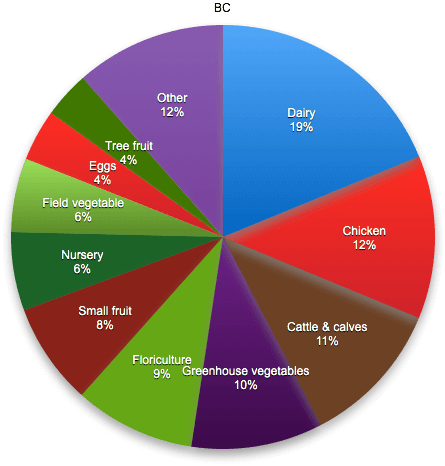 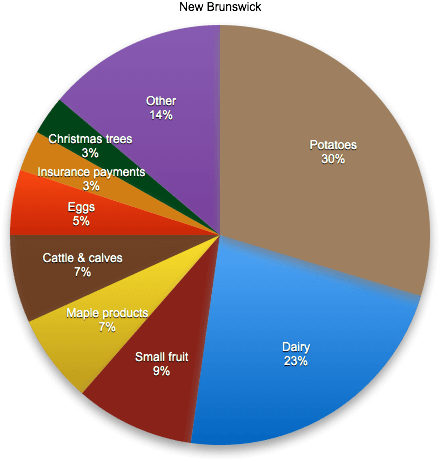 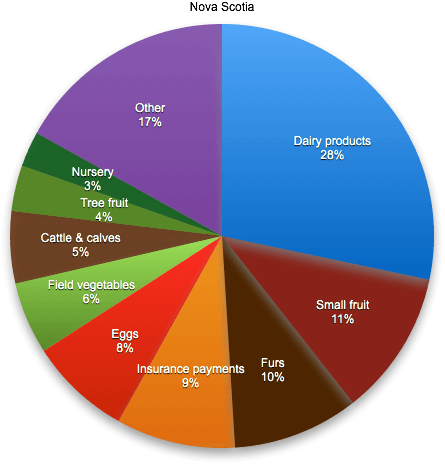 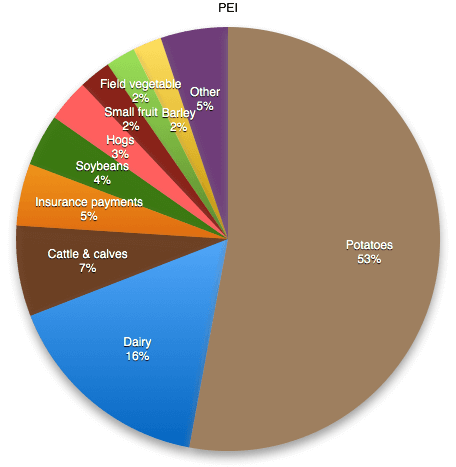 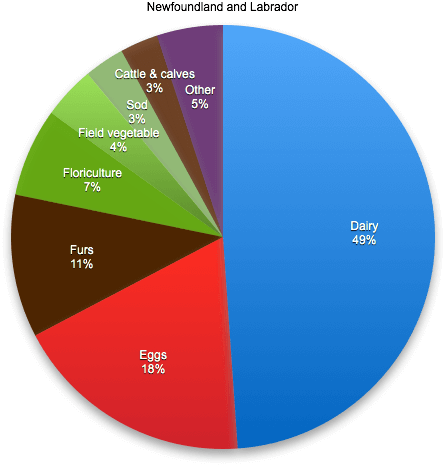 Click here to read the StatsCan report and the numbers behind these charts. The agency says it uses both “administrative and survey sources of data” to compile the data. That’s explained here.