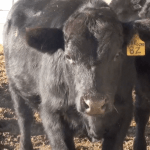 The Canadian government has taken another step toward following through on its two-year-old threat to retaliate against U.S. country of origin labeling (COOL) unless the meat labeling rules are repealed.

Following the World Trade Organization’s fourth ruling against COOL last month, Canada is seeking penalties in excess of C$3 billion for damages caused to the Canadian cattle and hog industries. Mexico is asking for permission to implement sanctions totalling over US$653 million.

“In light of the WTO’s final decision and due to the fact that this blatantly protectionist measure remains in place, our governments today are asking the WTO for a special Dispute Settlement Body meeting to request retaliation rights against the United States, to take place on June 17,” said a joint statement from both countries’ ministers.

The Canadian government published a list of U.S. products that could face retaliatory tariffs back in June 2013.

Meanwhile, Ritz repeated Canada’s demand that COOL be repealed in meetings with U.S. government representatives and industry groups in Washington, D.C. this week. He met with U.S. Secretary of Agriculture Tom Vilsack, as well as members of the House and Senate Agriculture Committees. Accompanied by representatives from the Canadian Cattlemen’s Association, the Canadian Pork Council, and the Canadian Meat Council, Ritz also held discussions with the COOL Reform Coalition and the Barnyard Coalition — two American groups opposed to COOL.

“There is a growing recognition that the United States must respect the WTO’s ruling and fix COOL once and for all. While our government welcomes this movement, the only way for the United States to avoid retaliation is to pass legislation to repeal COOL immediately,” said Ritz.

Most Canadians still prefer taste of beef to plant-based alternatives, but peer-to-peer food shaming on the rise

U.S. House of Representatives votes in favour of ratifying USMCA

Optimism in trade despite negative market reaction to coronavirus outbreak