Grains had a big week in the markets with everything ending in the green thanks to wet weather in the U.S. Midwest, and drier weather in Western Canada and Europe. November canola on the Winnipeg exchange nearly touched $12/bu, winter corn and soybean contracts pushed above $4/bu and $10/bu (respectively) in Chicago, and we’re starting to see delivered spring wheat bids on FarmLead into the U.S. at prices above $8/bu.

The market is quite volatile right now, with daily swings are 3-5%, both down and up (almost hourly), as weather reports take the driver’s seat. We’re also approaching the zero-hour for the Greek debt situation and come Sunday night when markets open back up, if a deal isn’t made, there could be a lot of fireworks (and likely a few tears). 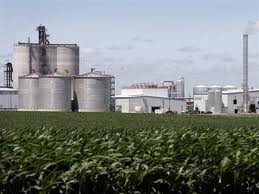 U.S. ethanol production last week pushed to a new record of 994,000 barrels per day, 4.7% above last year’s output, though processing margins are basically break-even. Why the increase? Lower fuel prices mean more people are filling up their SUVs again, which is also part of the reason that ethanol stocks dropped to five-month low of 19.94 million barrels. With the summer travel/driving season just around the corner, the headlines could turn from record production to record consumption.

Quality and yield potential for corn and soybeans are coming into question every time another inch falls on the U.S. Midwest, especially in key production states like Missouri, Nebraska, Illinois, & Indiana. The moisture has people talking about 1993 when rain/flooding caused average corn and soybean yields to drop by 23% and 13.3% (respectively) from the previous year. Prices could certainly be 20-30% above where they are today in another month should above-average rainfall continue in the Midwest. Keep in mind though that the market usually has a good feel for American corn and soybean production potential near the end of July.

In Australia, the Bureau of Meteorology is making comparisons to 1997/1998 when El Nino scorched the Southeast Asian region, which is why some private analysts are estimating 20 million tonnes of wheat production, versus the current 23.6 million-tonne forecasted from the Australian Bureau of Agricultural and Resource Economics and Sciences.

Dry conditions are proving a bit of an issue in France as well, and with another week of scorching temperatures coming up, crops there won’t get any reprieve. While the first winter cereals crops being harvested are showing good yields and quality, good-to-very good crop ratings on the spring crops have dropped slightly.

Coming back to Canada, it’s more than likely that wheat production estimates will fall back from the near-30 million tonne estimates that are out there to something closer to 25 or 26 million tonnes (though neither the USDA nor AAFC have admitted it yet, despite opportunities to do so).

Finally, in Argentina, wheat production could also suffer because of dry conditions but more analysts attribute it to fewer planted acres in general. Overall, the International Grains Council just dropped their total world wheat output estimate for 2015/16 by four million tons to 717 million.

While it seems that most of Western Canada could use a rain, regions west of Regina and Saskatoon, SK all the way over to the Rocky Mountains in Alberta have soils that are the thirstiest. If a few inches fell on these areas, it might kick crops back onto the right growth track, but soil moisture supply is definitely getting tight across the Canadian Prairies. It looks like canola crops are taking the bigger hit than most other crops, but price increases have been generally limited in the futures thanks to the broader oilseed market supply being quite large between South America & the U.S. As a result, basis plays may provide better opportunities to “cash in” (or at least “lock in”).

But, my macroeconomics textbooks continue to whisper “high prices cures high prices.” We’ve seen Canadian canola crush margins disintegrate from $133/MT a year ago, to $58/MT two weeks ago, to $38/MT last week (there are other oil market implications here, but I’ll keep things relatively simple). Given the current weather and growing conditions, a production number between 13 million to 13.4 million tonnes is likely where the market is trading between right now. This is why I’ve been saying $13/bu is possible, but it’ll likely come with a production number that’s below 12.8-12.9 million tonnes. Getting a pulse on these numbers is more than difficult, though, and it’ll be at least a few more weeks before price volatility starts to subside. The next two weeks may be critical to stay in a holding pattern rather than jumping into the fireworks and maybe tearing up because of missed opportunities to the high side.